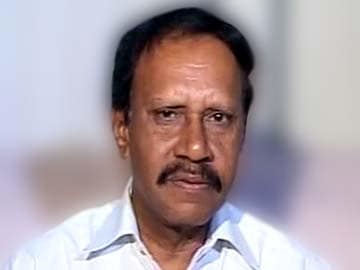 New Delhi: M Thambidurai, a leader of J Jayalalithaa's AIADMK, is set to take over as Deputy Speaker of the Lok Sabha as a unanimous choice after being backed both by the government and the opposition.

From the Congress, Mallikarjun Kharge proposed his name and Jyotiraditya Scindia seconded it. Sources said Parliamentary Affairs Minister Venkaiah Naidu had appealed to the Congress and other opposition parties to make Mr Thambidurai's election unanimous.

The BJP's move to nominate Mr Thambidurai was read as its bid to gain more support in the Rajya Sabha, where the ruling party is in a minority with 46 members in a 250-member house.

The AIADMK has 10 members in the Rajya Sabha. The BJP-led coalition needs at least 125 for a simple majority.

The AIADMK's support will bolster the government's numbers to pass crucial bills in the Rajya Sabha, including those on Foreign Direct Investment in insurance and judges' appointments.

In the Lok Sabha, the AIADMK, with 37 members, is the third largest party, seven less than the Congress, which has 44 MPs.

Ms Jayalalithaa and Prime Minister Narendra Modi traded sharp words during the national election, but after scoring big victories in May, they congratulated each other.

Promoted
Listen to the latest songs, only on JioSaavn.com
Mr Thambidurai is the leader of the AIADMK in the Lok Sabha. He was Deputy Speaker from 1985 to 1989 and held various ministerial posts in the Atal Bihari Vajpayee government.

The deputy speaker presides over house proceedings in the absence of the speaker. By convention, the post is usually offered to a member of an opposition party.