Jammu And Kashmir's Machil Gets Electricity 74 Years After Independence 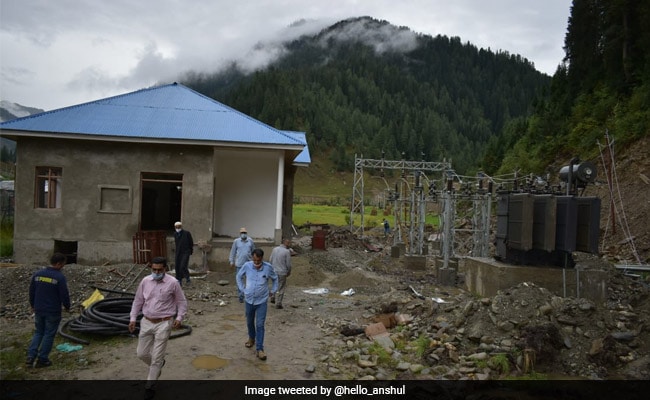 Like Keran, Machil used to get electricity for three hours in the evening

Infrastructure along the Line of Actual Control along the India-Pakistan border is getting ramped up continuously. After Keran, Machil has become the second sector in Kupwara district to get 24-hour power supply first time after Independence i.e. 74 years after India became a free country.

"Keran got electricity around Independence Day and now in the second phase electricity has reached Machil villages also. Soon, we would be providing electricity to remaining difficult areas too," Principal Secretary (Power- J&K) Rohit Kansal told NDTV adding that their aim is to provide connectivity to all border areas by next year.

"We have kick-started by providing electricity to nine villages but in the next 20 days all remaining villages would also be getting electricity 24x7 via grid," Kupwara District Collector Anshul Garg told NDTV adding subsequently about 25,000 people will benefit in this sector alone.

Grid connected power for Macchil area on #LOC in #AspirationalDistrict#kupwara for first time ever; 2nd milestone in a month after Keran area; New era of development begins for over 25,000 people in 9 Panchayats that received only 3 hour power daily through DG sets; @NITIAayogpic.twitter.com/se1WdVyPWs

Like Keran, Machil used to get electricity for three hours in the evening. "Electricity via DG sets had loads of problems like availability of diesel and distribution and so was very unreliable but now electricity grid in place is systemised," explains an engineer who works in that area.

"The system which now has been put in place can generate and also disseminate electricity without any problem," he adds.

Machil is about 65 km from Kupwara district headquarters and remains cut off from the rest of the Valley for almost six months.

As it is situated just along the LoC, many cases on infiltration are reported from this area. It is also one of the areas which witnesses a lot of shelling.

#Thejourneycontinues#Promisefulfilled#GridpowertoLoC
25,000 people in 9 panchayats of Machhil area in #AspirationalDistrict Kupwara on the #LoC to now get grid power for the first time. Were earlier supplied limited power through DG sets@hello_anshul@manojsinha_@OfficeOfRKSingh https://t.co/eRoLVi0qBy

"From security point of view also this is good news," an officer handling operations in the area says.

Prime Minister Narendra Modi has directed Jammu and Kashmir Lt Governor Manoj Sinha to ramp up infrastructure both in terms of connectivity and electricity all along LoC snow-bound areas.

Officials claim that under the Prime Minister's relief package almost Rs 3,000-4,000 crores were given to Jammu and Kashmir under electricity distribution head.

"But due to one reason or other projects were getting delayed but now work has picked up its pace and we hope to provide electricity to all difficult areas," a senior official told NDTV.

According to him all border areas would now be brought to a normal line in a phased manner. "Capacity of system - from diesel to electricity - has been strengthened and in one year electrification in Jammu and Kashmir border areas would be complete and it will bring lot of relief to people living there," he says.