Monsoon 2020 updates: Heavy rain triggered landslides at many places in Jammu and Kashmir. Four people have been killed in separate incidents. 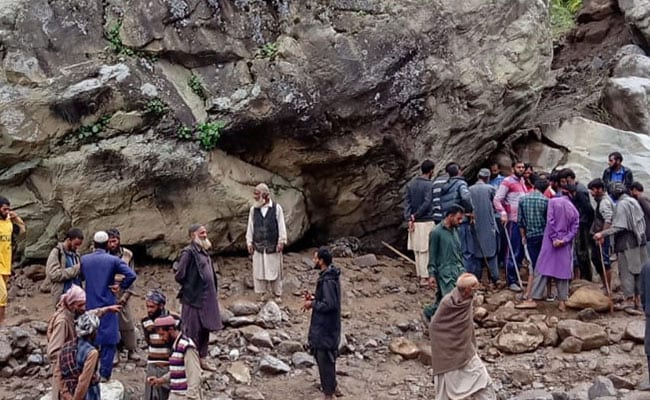 Jammu & Kashmir: People at the site where 3 were killed in a landslide in Reasi district

Monsoon 2020 updates: Three members of a family were among four people killed in separate incidents of landslides, after heavy rain, in Reasi district of Jammu and Kashmir, the police said on Tuesday.

Three of them have been identified as Khalil Ahmad, 30, his wife Raksana Begum, 25, and their relative Mohammad Aslam. According to the police, they were killed in a landslide in the upper reaches of Khour Monday night.

According to the police, the three had gone to the area for grazing cattle and had set up a shelter near the entrance of a natural cave. Several of their livestock were also killed in the incident.

The bodies of the three were recovered this morning and handed over to their families after completion of legal formalities.

In another incident, according to officials, a 40-year-old man was killed in a landslide at Khandi Gali in Reasi on Monday. He, too, was grazing cattle when the landslide occurred. Five buffaloes have also been killed in the incident.