The party had on Monday expelled Gagan Bhagat for "indiscipline" and "anti-party activities". 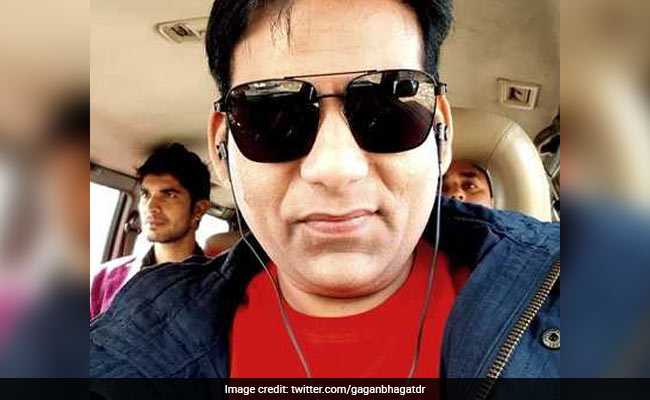 The Jammu & Kashmir BJP on Thursday said it has issued a defamation notice to its expelled leader Gagan Bhagat for levelling "unfounded and abusive" allegations against state party president and state general secretary.

The party had on Monday expelled the former RS Pura MLA for indiscipline and anti-party activities.

"Another legal notice has been issued to one Rajesh Kumar Parashar for his false allegations against the party president on a social media site," he added.

Mr Bhagat was issued a legal notice for making unfounded, malicious, abusive and defamatory remarks against Mr Raina and Mr Kaul in media interviews on December 12, the spokesman said.

He said serious allegations of "impropriety and immorality" were levelled against Mr Bhagat and the issue was referred to the BJP's State Disciplinary Committee which recommended action, including expulsion from the party, if he did not meet the requirements within three months.

He alleged that instead, Mr Bhagat indulged in anti-party activities and subsequently the party expelled him from its primary membership.

The spokesman said that Mr Bhagat's "defamatory and abusive" language affected the reputations of Raina and Kaul. The legal notice asked him to tender a public apology within one week failing which criminal and civil proceedings will be initiated against him in court of law, he said.

Mr Parashar has been asked to tender a public apology within one week, failing which criminal and civil proceedings will be initiated against him in the court of law.