Injured Bengal Minister May Not Be Target Of Blast: Probe Agency

Those who carried out the blast could have links to an international terror group and possibly brought the explosive from outside, an official said. 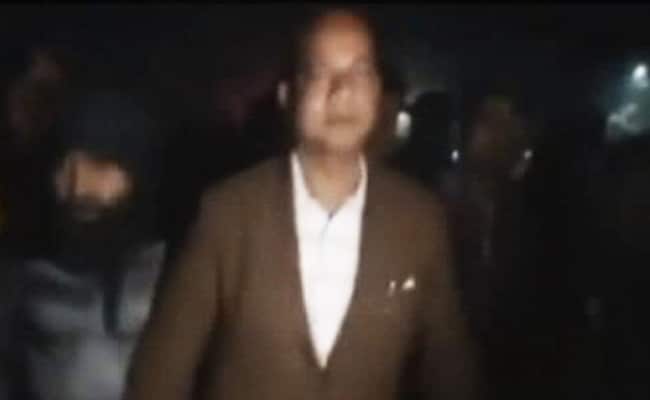 West Bengal minister Jakir Hossain, who was seriously injured in an explosion last week in Murshidabad district, might not be the target of the blast and the bomb seemed to have gone off accidentally, an officer of the state Criminal Investigation Department (CID) said on Monday.

Those who carried out the blast could have links to an international terror group and possibly brought the explosive from outside, an official said, adding they were on their way to Kolkata or someplace else.

Mr Hossain, Trinamool Congress MLA and the minister of state for labour, was waiting at platform number 2 of the Nimtita station to catch a train to Kolkata at around 10 pm on February 17 when the blast occurred, injuring him and several other people. The West Bengal government has handed over the investigation into the case to the CID.

The investigators collected torn pieces of a black bag, remains of mobile phone battery and a bike-battery, wires and other items from the site of the explosion. The results of the tests conducted on those articles are yet to arrive, the IPS officer said.

"Going by our initial investigations, it seems that the bomb went off accidentally and not intentionally. Miscreants had kept the explosive inside the bag and probably had plans to travel to Kolkata or some other district. But most likely, the minister was not their target," he said.

As security arrangements at the station were "a bit relaxed" compared to several other stations of West Bengal such as Malda, Jalpaiguri, Siliguri or Burdwan, the culprits might have chosen it to transport the explosive, the CID official said.

He said that the CCTV footage and mobile video recordings of the spot are being examined.

The CID is yet to arrest anyone in connection with the blast.

Meanwhile, Chief Minister Mamata Banerjee on Monday paid a visit to Mr Hossain at the state-run SSKM hospital in Kolkata where he and 13 other people injured in the explosion are undergoing treatment.

"Jakir is fine now. He had to undergo two surgeries. The doctors here have done a very good job. I will request everyone who is visiting Jakir and others to take precautionary measures and not to go too close to them as COVID-19 infection is increasing again," she said.