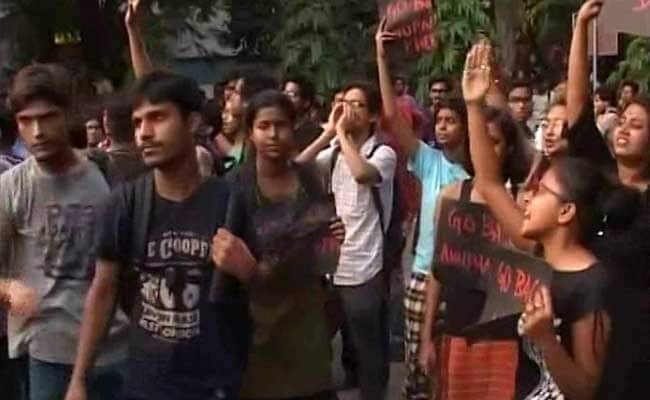 Clashes happened at Jadavpur University in Kolkata on Friday, hours after protests over screening of Vivek Agnihotri's 'Buddha In A Traffic Jam'

Kolkata: BJP in West Bengal today termed Jadavpur University as a "hub of anti-national elements" and accused the Opposition CPI(M) and the varsity's Vice- Chancellor of supporting them, a day after rival groups of students clashed on the campus over screening of a political film.

"Student unrest has become a common phenomenon in Jadavpur University. The screening of a film, cleared by the Censor Board, was stopped illegally. The trend of CPI(M) and Left-backed student unions of JU has been to stop anything that is against their ideology, which is totally against the country's democratic set up. We condemn it," state BJP chief Dilip Ghosh told PTI.

Accusing the varsity's Vice Chancellor of supporting anti-nationals elements on the campus, Mr Ghosh demanded that his role be probed. "We will inform the Center of the activities going on inside the JU campus," he said.

Rival groups of students had yesterday clashed on the varsity campus over the screening of Vivek Agnihotri-directed political film 'Buddha in a Traffic Jam' triggering chaos during which some girls were allegedly molested and BJP actor-turned-politician Roopa Ganguly was not allowed to enter its premises.

The fracas began after the film's screening ended late in the evening, and students from ABVP fought with activists of Left-backed student unions in which a few of them received minor injuries, officials said.