Over 200 Rohingyas, a Bengali-dialect speaking Muslim minority from Myanmar, are lodged in a holding centre at Kathua. 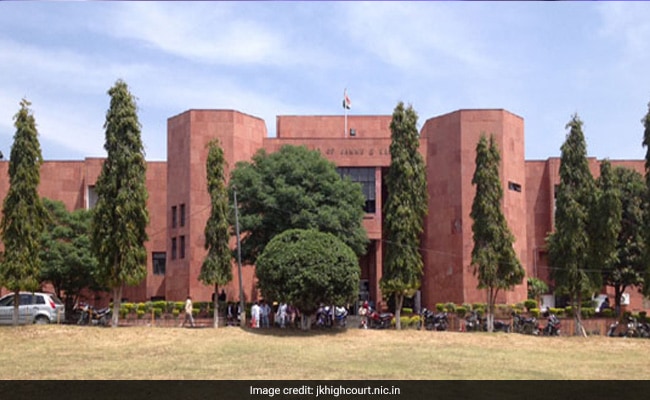 The Jammu and Kashmir High Court has given six weeks to the government to identify immigrants from Myanmar and Bangladesh who are illegally staying in the Union Territory.

"We direct the secretary home, UT of J&K to consider the matter and to evolve a mechanism for the identification of all illegal immigrants and to prepare a list after identifying them.

“The said exercise may be carried out, most promptly, within a period of six weeks,” the bench said in its order last week.

According to government data, over 13,700 foreigners, including Rohingya and Bangladeshi nationals, are settled in Jammu and Samba districts of Jammu and Kashmir, where their population has increased by over 6,000 between 2008 and 2016.

Over 200 Rohingyas, a Bengali-dialect speaking Muslim minority from Myanmar, are lodged in a holding centre at Kathua after they were found living illegally in Jammu city during a verification drive in March last year.

Earlier, senior counsel Sunil Sethi, appearing for the petitioner, said though it is very easy to identify such illegal migrants, the government should come up with a complete mechanism for identifying them and submit a list of all such immigrants to the court.

The court noted that one of the orders dated May 24, 2017 passed in the PIL indicates that at that time the government had constituted a group of ministers to examine the various issues relating to illegal migrants from Myanmar and Bangladesh.

“The group of ministers was supposed to take up the matter, examine it and furnish a report thereof. But till date, nothing has come on record. In the meantime, the state of Jammu and Kashmir was bifurcated and the UT of J&K has been created,” the order said.

In his PIL, Mr Gupta has demanded the deportation of illegal immigrants and also prayed for the withdrawal of all benefits given to them from the state exchequer and from the scheme and benefits meant for the residents of J&K.

The PIL claimed that the actual figures of these illegal immigrants are much more than the official figures.