It's "Rahul Gandhi" On Twitter Now. Has A New Profile Image Too 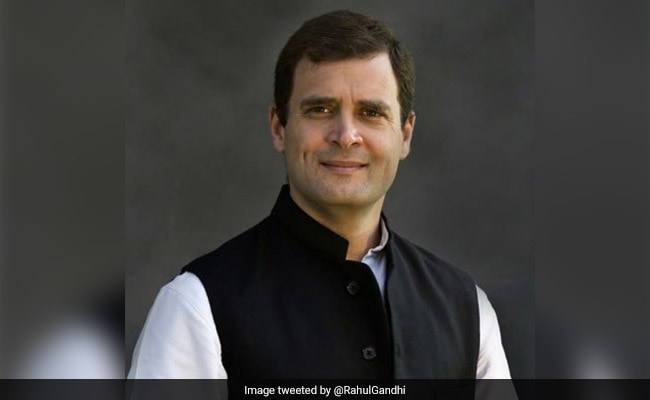 Rahul Gandhi, who has over six million followers on Twitter, changed his handle today.

For those of you who missed it, my Twitter handle has changed from 9 am this morning to @RahulGandhi

I look forward to your feedback and comments and to continuing my dialogue with you via Twitter and other platforms.

Mr Gandhi, who became the President of Congress in December, took time before he joined Twitter in 2015. However, over the last year, especially around Gujarat assembly polls, he not only impressed all with his wisecracks and filmy analogies, his aggressive use of the platform to reach out to the masses was seen as both effective and refreshing. But naysayers wondered who was tweeting for him.

In a sarcastic comeback to his critics, he posted a video of his pet dog, Pidi Gandhi, crediting him with his rise in popularity on the social media site.

"People (have) been asking who tweets for this guy... I'm coming clean..it's me..Pidi..I'm way smarter than him. Look what I can do with a tweet..oops..treat!," Mr Gandhi had tweeted.

Promoted
Listen to the latest songs, only on JioSaavn.com
Rahul Gandhi has over six million followers on Twitter, no match for Prime Minister Narendra Modi's 41 million. But his sharp jibes at the BJP, the government and PM Modi and senior ministers are helping him widen his fan base at a steep pace.

The BJP has accused Mr Gandhi of using bots or software-driven accounts that automate actions like retweets and likes, to inflate his following on the site, but the Congress has dismissed the allegations.