The Indo-Tibetan Border Police (ITBP) force is the last of the CAPFs to induct women officers in combat roles after the government first allowed it to enroll them in 2016. 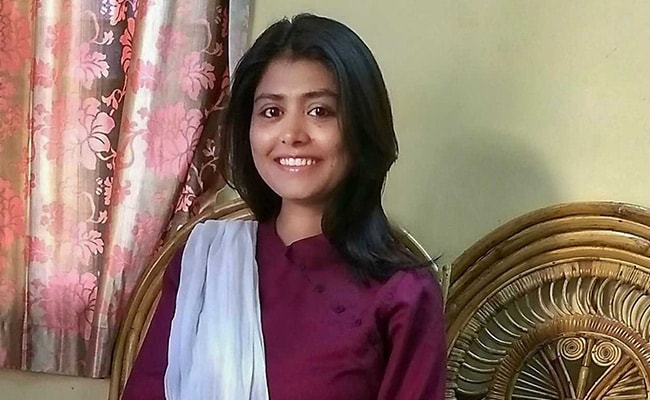 Prakriti is now based in an ITBP unit in Uttarakhand's Pithoragarh. (PTI)

New Delhi: In another first for women, 25-year-old Prakriti has been inducted as the first direct-entry combat officer in the border guarding force, ITBP.

The Indo-Tibetan Border Police (ITBP) force is the last of the CAPFs to induct women officers in combat roles after the government first allowed it to enroll them in 2016.

Prakriti, who goes by a single name, had cleared the UPSC exam for officers' recruitment in CAPFs in the same year and in her first attempt.

"I always had a desire to don the uniform and serve the country. My father, who is in the Indian Air Force, has always been an inspiration for me. I opted for the ITBP as my first choice," she told PTI.

"I read a news piece in March, 2016 that the government had for the first-time allowed women to serve as combat officers in the ITBP and then decided that I will opt for this force once I get selected," Prakriti, who hails from Bihar's Samastipur district, said.

She has a bachelors degree in electrical engineering and is now based in an ITBP unit in Uttarakhand's Pithoragarh. She will soon join the Officers' Training Academy of the force in Dehradun.

"She is expected to be commissioned as an Assistant Commandant (AC) next year in the force after she completes her training at Dehradun. She will be posted at a border post," a senior ITBP officer said.

The force already has women in combat roles but only in the constable ranks.

Prakriti, who says her parents gave her a surname-less identity in a caste-ridden society, said she never faced discrimination at home.

"My parents supported me thoroughly. I wish and urge other parents that when their children make career choices they should not think that it is their son or daughter making a choice but that it is a child who is taking up a challenge," she said.

Of the five Central Armed Police Forces, the Central Reserve Police Force and the Central Industrial Security Force had allowed women to apply as direct-entry officers through the UPSC for a long time.

Two other forces -- the Border Security Force and the Sashastra Seema Bal -- were allowed to directly induct women officers in 2013 and 2014 respectively.

The ITBP was the only paramilitary that had not allowed women to join in supervisory combat roles owing to its primary task of guarding the difficult Sino-India border.

Promoted
Listen to the latest songs, only on JioSaavn.com
The force, that guards the 3,488 km-long Line of Actual Control (LAC) between India and China, was raised in 1962 in the aftermath of the Chinese aggression.

The over 83,000 personnel-strong ITBP at present has about 1,500 women (nearly 1.75 per cent) with the majority being in the rank of constables. There are senior women officers in the force but they are in other service streams like veterinary doctors but not in a combat role.