The first phase of the Chabahar port on the Gulf of Oman was inaugurated four months ago, opening a new strategic route connecting Iran, India and Afghanistan bypassing Pakistan. 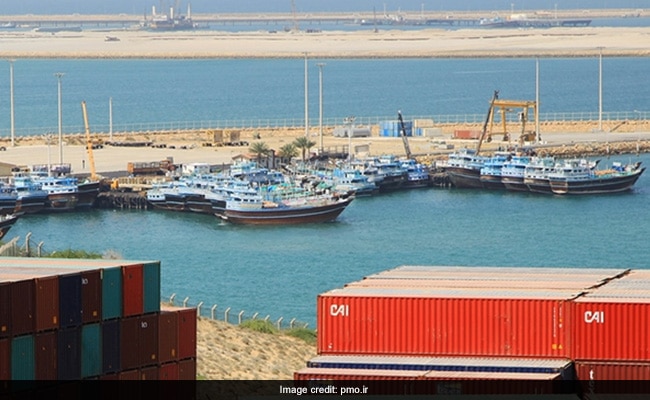 New Delhi: Days after Iran invited China and Pakistan to participate in development of the Chabahar port, India today said it was the prerogative of the Iranian government to choose its partners for the project.

Iran's Foreign Minister Javad Zarif, during a three-day visit to Islamabad, invited Pakistan and China to participate in the strategic Chabahar Port project, saying it is not aimed at "strangulating" or "encircling" anybody.

"It is the prerogative of the government of the Islamic Republic of Iran to choose its partners for the development of infrastructure facilities there," External Affairs Ministry Spokesperson Raveesh Kumar said during a media briefing.

The first phase of the Chabahar port on the Gulf of Oman was inaugurated four months ago, opening a new strategic route connecting Iran, India and Afghanistan bypassing Pakistan.

India has been a key partner in the development of the port which is easily accessible from India's western coast and is increasingly seen as a counter to Pakistan's Gwadar Port, being developed with Chinese investment.

"As you are aware, India is supporting the development of Chahbahar Port as a robust and alternate access route to and for Afghanistan and Central Asia," Mr Kumar said, adding significant progress has been made in operationlising the port.

In November last year, India delivered the first consignment of wheat to Afghanistan through the Chabahar Port.

"Shipment of wheat assistance to Afghanistan through Chahbahar is being successfully carried out since October last year. Four such shipments have been successfully delivered," Mr Kumar said.

He said India's assistance for building Chabahar-Zahedan Railway to realise the full potential of the port and to connect it to Afghanistan and Central Asia was discussed during Iranian President Hassan Rouhani's visit last month.

Promoted
Listen to the latest songs, only on JioSaavn.com
"We continue to work with Iran on the full and effective operationalisation of the Chabahar Port," Mr Kumar said.

India, Iran and Afghanistan had signed a trilateral agreement in 2016 to jointly develop the Chabahar port.