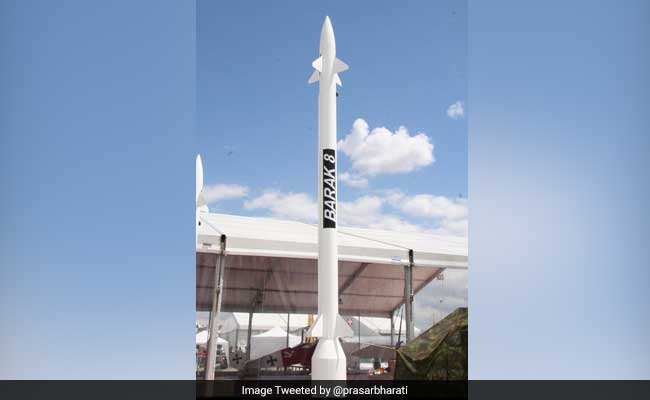 A leading state-run Israeli defence company has said it has signed a USD 777 million contract with India for the supply of Barak 8 long-range surface-to-air defence missiles and missile defence systems for the Indian Navy, media reports in Jerusalem said.

The IAI will supply Long-Range Surface-to-Air Missile (LR-SAM) Air and Missile Defense (AMD) systems, the marine version of the AMD system Barak 8, for seven ships of the Indian Navy, the report said.

The IAI is Israel's largest aerospace and defence company. It develops, manufactures and supplies defence systems including anti-missile, aerial systems and intelligence and cybersecurity systems.

IAI CEO and president Nimrod Sheffer said: "IAI's partnership with India dates many years back and has culminated in joint system development and production. India is a major market for IAI and we plan to protect and reinforce our positioning in India, also in view of increasing competition.

"For its part, IAI management continually refreshes its business strategy while preserving the core capability and growth engines, of which the Barak 8 is an example," the daily quoted Sheffer as saying.