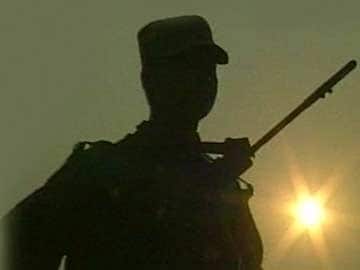 Srinagar: The recent display of ISIS flags in Kashmir is a cause of "serious concern," Lieutenant General Subrata Saha, the top army commander in the region, said today. "ISIS has the capacity of attracting youths and that is a concern for us," he added.

His comments come a day after Chief Minister Omar Abdullah said ISIS has no presence in his state.  "You have to understand that no ISIS group has been identified so far in the Valley. The flag of the ISIS was waved by some idiots "he said. Last week, the ISIS flag was carried by men at a public park after Eid prayers.

Lt Gen Saha is the Commanding Officer of the Chinar Corps or 15 Corps, which is tasked with guarding the border with Pakistan and combatting militancy in the region.

Intelligence officials have lately been trying to determine whether ISIS is galvanizing support among Kashmiri youth; they've expressed their concern over potential online recruiting.

Promoted
Listen to the latest songs, only on JioSaavn.com
ISIS flags and banners appeared in the summer on three different occasions.

The first reported sighting in Kashmir was on June 27, intelligence sources have told NDTV. This was followed by two more incidents on Eid. Officials say they don't rule out more incidents going unreported. The first sighting was reported from Zadibal - a Shia-dominated area in Srinagar.