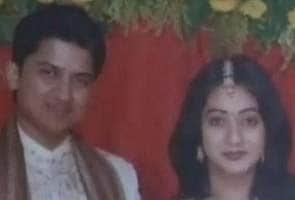 London: Ireland today announced a 7-member team that will probe the tragic death of Savita Halappanavar, an Indian dentist who was refused termination of her pregnancy despite miscarrying, and promised that the official inquiry would be fair and methodical that will take into account all factors.

The Health Service Executive (HSE) set up the inquiry team to be headed by Dr Sabaratnam Arulkumaran, a London-based obstetrician/gynaecologist, The Irish Times reported.

31-year-old Savita Halappanavar died from blood poisoning at University Hospital Galway on October 28 after doctors allegedly refused to perform an abortion stating "this is a Catholic country".

Philip Crowley, HSE's national director of quality and patient safety, said the inquiry would identify all the facts through a fair and methodical investigation and identify any safety issues arising.

He said the investigation would be concluded in "the shortest" possible time and it will be done expeditiously.

Crowley said the inquiry team would be "examining all the factors that may have influenced the death of Mrs Halappanavar... The terms of reference have not been published because we are committed to sharing them with Mr Halappanavar in the first instance and until we do so we will not publish them."

He, however, said there would be no mystery or great surprises in them.

"There is a standard, evidence-based international approach to investigating incidents and severe adverse events and that is the approach we will be taking in this case," said Crowley.

"I am not going to commit to a precise time frame because then the time frame becomes the issue. My interest is that we conduct a thorough, fair, reasonable and detailed analysis of all the events that contributed to this sad event."

Crowley said he did not expect the inquiry would experience any legal impediments. He expressed confidence it would receive full co-operation.

Arulkumaran, the head of obstetrics and gynaecology at St George's Hospital, University of London said the team would over the next three days examine the case notes, look at guidelines and interview the various people involved in the treatment of Savita.

Promoted
Listen to the latest songs, only on JioSaavn.com
Meanwhile, Savita's husband Praveen Halappanavar demanded removal of Morrison, Fleming and Harte from the probe team as are the employees of Galway University Hospital. (Read more)

Praveen, arrived back in Ireland from India on Sunday, said he would make the request through his solicitor.