Karti Chidambaram was arrested by the Central Bureau of Investigation yesterday in connection with a money laundering probe in the INX Media case. 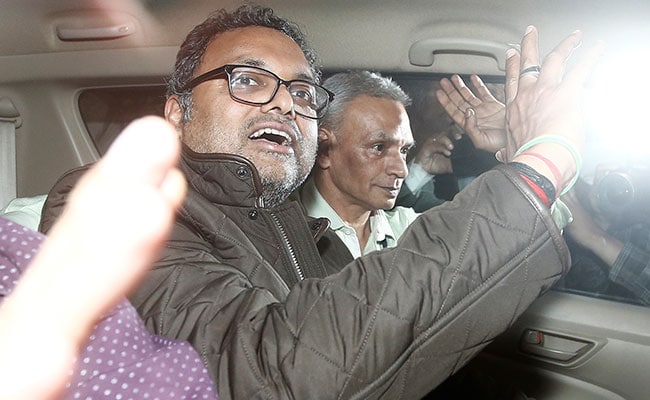 Karti Chidambaram was arrested on Wednesday from Chennai airport and brought to Delhi. (File)

New Delhi: Karti Chidambaram, the son of Congress leader P Chidambaram, arrested by the Central Bureau of Investigation (CBI) in a corruption case, was today sent to CBI custody till March 6 by a court in Delhi. He was arrested from the Chennai airport. He was then flown to to Delhi and was produced in court the same day which sent him to the CBI's custody for a day. He has been produced before the Delhi court today. The 46-year-old was arrested by the CBI in connection with a money laundering probe against television company INX Media. P Chidambaram, former Union Finance Minister, and his son have denied the allegations, calling it a case of "political vendetta". Congress lawmaker Abhishek Manu Singhvi, who is representing Karti Chidambaram in court, said he was being targeted because he was the senior Congress leader's son.

Here are the live updates of Karti Chidambaram's case:

P Chidamabaram leaves from Patiala House court after hearing against his son #KartiChidambaram in #INXMediaCase. Karti has been sent to CBI custody till March 6 (ANI) pic.twitter.com/a3HvGQuAT9

Mar 01, 2018 18:40 (IST)
Karti Chidambaram has been sent to CBI custody till March 6.
Mar 01, 2018 17:58 (IST)
Karti Chidambaram's lawyer Abhishek Manu Singhvi briefs the media outside court, says how the bribe money allegedly travelled was not answered by CBI. He also said, "Matter has ended on fact that CBI is referring to large volumes of material not shared with us. But we've been able to show there is no case. Now we are leaving the matter to court."

"There was neither flight risk, nor risk of tampering nor non-cooperation then why the arrest?" he said.
Mar 01, 2018 17:56 (IST)
Talking to reporters, Karti Chidambaram's lawyer Abhishek Manu Singhvi said that the there was no need for arrest. "There is no evidence of tampering provided by CBI."
Mar 01, 2018 17:46 (IST)
CBI lawyer on Karti Chidambaram:

With that, the arguments are over. The order will be produced in some time. 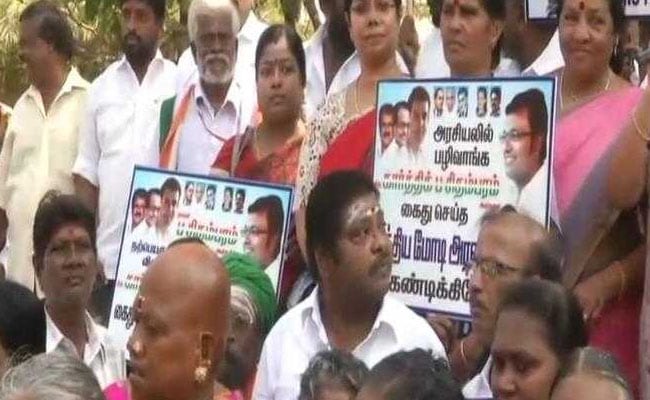