On International Yoga Day, while other celebrities posted videos and pictures of themselves doing impossible asanas, Twinkle Khanna contributed to the day by posting a photo from her holiday album - a page from a bistro menu 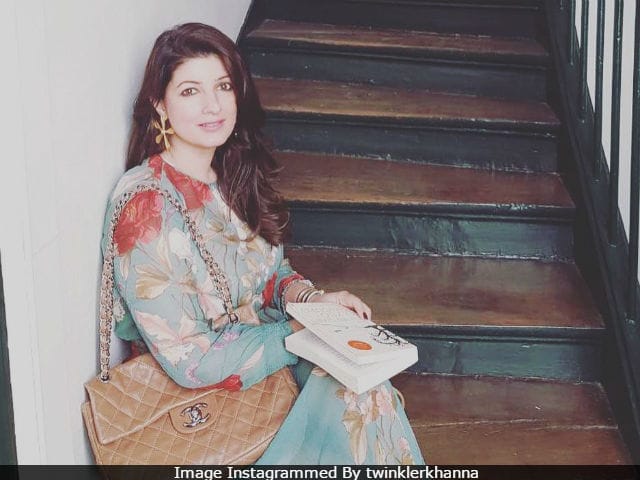 New Delhi: Twinkle Khanna is a yoga addict, this much is true. But it also a truth universally acknowledged that she never passes on the chance to crack a joke, even on International Yoga Day. While other celebrity yoginis posted videos and pictures of themselves contorted into impossible asanas, Twinkle Khanna Instagrammed a #LameJoke of the kind that is now her social media calling card. The recently Paris-returned author picked out a photo from her holiday album - a page from a bistro menu listing the cheese and dessert. Her contribution to International Yoga Day: "'Waiter I ordered the babas stuffed with rum and whipped cream but my dessert seems to be upside down?' 'Madam, they are performing Sirasana.'"

Why make the effort when you can get the potential calories to do it for you instead?

'Waiter I ordered the babas stuffed with rum and whipped cream but my dessert seems to be upside down?' 'Madam they are performing Sirsasana!' #HappyYogaDay #LameJokeNo4

Promoted
Listen to the latest songs, only on JioSaavn.com
Before you cast doubt on Twinkle Khanna's yoga credentials, here's proof that she's legit:

When not occupied in making everyone else on Twitter look bad, Twinkle Khanna holds down multiple jobs at once. She is a columnist, has published two best-selling books, runs a successful interior designing business and produces movies (of which she knows something about, as a former actress and daughter of actors Rajesh Khanna and Dimple Kapadia). Twinkle recently launched her own production house, named after her MrsFunnyBones Twitter handle, and has conceptualized the first film to be made under the banner - Padman is directed by R Balki and stars Twinkle's husband Akshay Kumar, Sonam Kapoor and Radhika Apte. It's wonder that she has any time at all to spend on Twitter.