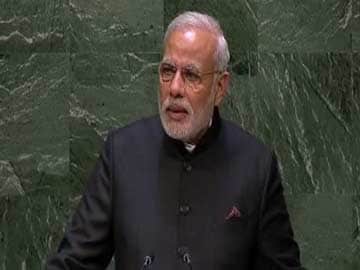 New York: Prime Minister Narendra Modi took a few moments in his UN General Assembly speech on Saturday to speak about yoga, and lifestyle changes that he said could help battle climate change.

"Let us think about an International Yoga Day," PM Modi urged an audience of world leaders in New York.

He said, "When we talk of holistic health care or going back to back to basics, I want to particularly mention Yoga."

Promoted
Listen to the latest songs, only on JioSaavn.com
"It is not about exercise but to discover the sense of oneness with yourself, the world and the nature. By changing our lifestyle and creating consciousness, it can help us deal with climate change," he said.

The prime minister also began his address with a reference to the philosophy of "Vasudaiva Kutumbakam (India considers all world as a family)," which, he said, was a part of the Vedic tradition that India believed in.