The Raipur-based Kushabhau Thakre Journalism and Mass Communication University contends that the seminar is not a university event. 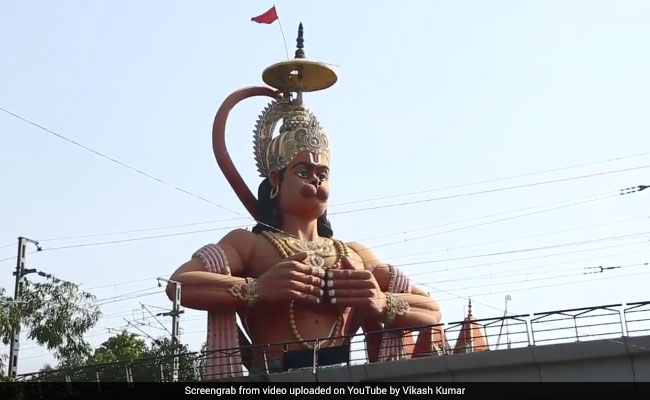 The BJP, however, argues that Lord Hanuman is not just a Hindu god.

A government-run journalism university in Chhattisgarh is conducting an international research seminar on Lord Hanuman, for which it has invited papers from scholars all over the world. The themes include "Hanuman's Life Management" and "Modern and ancient forms of Hanuman".

The Raipur-based Kushabhau Thakre Journalism and Mass Communication University contends that the seminar -- titled "Hanuman and Spiritual Communication in the Global Culture: History, Tradition and Differences" and scheduled on September 7 and 8 -- is not a university event.

Vice-Chancellor MS Parmar said the event is being organised by the Ayodhya Research Institute and Culture Department, in association with the Department of Indology and Heritage Management -- part of the culture department of the Uttar Pradesh government.

"Participants are coming from abroad also. We have received 60 papers from across the world," Mr Parmar said.

The BJP-ruled state is no stranger to unusual takes on familiar subjects.

Narada, a sage and a devotee of Lord Vishnu in the Hindu pantheon, features in Bhopal-based Makhanlal Chaturvedi National Journalism University's syllabus. But there, he has been described as the first journalist, who mastered the art of news gathering.

The Congress has said organising such events is a waste of public money. Congress spokesperson Shailesh Trivedi said the BJP is trying to "politicise and saffronise the whole education system". "Misuse of public money in promoting one religion is not good," he added.

The BJP, however, argues that Lord Hanuman is not just a Hindu god. Party spokesperson Kedar Gupta said, "Lord Ram and Hanuman are not only Hindu gods but part of Indian culture. The Congress believes in promoting animosity... this is not an insult to any religion".