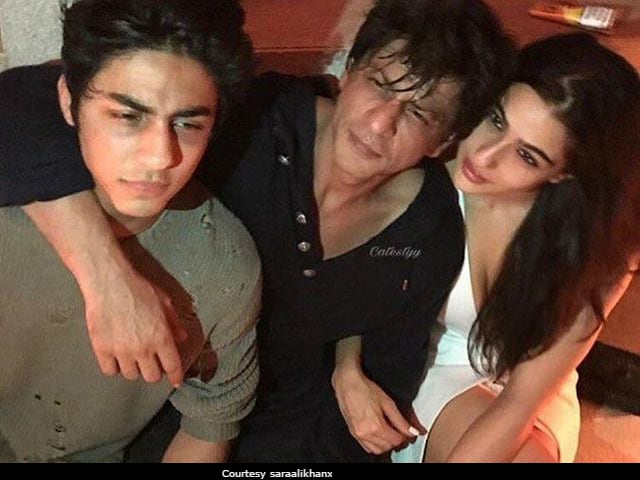 New Delhi: It was Karan Johar's 45th birthday on May 25, which of course called for a party - the sort only KJo can host. Karan's birthday bash had a guest list of 128 invitees comprising Shah Rukh Khan, Deepika Padukone, Aamir Khan, Akshay Kumar and his wife Twinkle Khanna (who is the filmmaker's best friend), Aishwarya Rai Bachchan and her husband Abhishek, Katrina Kaif and more. Meanwhile, the younger generation was represented by Shah Rukh's son Aryan, Saif Ali Khan's daughter Sara Ali Khan and Jhanvi Kapoor - Sridevi's daughter. In pictures shared on social media, Shah Rukh and Aryan can be seen hanging out with Sara at the party. Dressed in casuals, the Khan men posed with Sara, who looked absolutely stunning in white.
In a tweet on Friday afternoon, Karan thanked his fans, friends and followers for all the love and wishes:

Thank you from the bottom of my heart! Truly overwhelmed with all the love on my birthday and to all the love Roohi and Yash continue to get

Happy happy happy. It's kind of a late wish but we needed a new picture so I had to wait love you and may this year bring you all the happiness ever @karanjohar

Ahead of the party, Akshay and Twinkle were spotted in their car - partly colour-coordinated. Aamir also arrived with his wife, filmmaker Kiran Rao. Aishwarya, who looked pretty in black, was accompanied by her husband Abhishek. Hrithik Roshan, whose ex-wife Sussanne Khan arrived separately, also checked in. 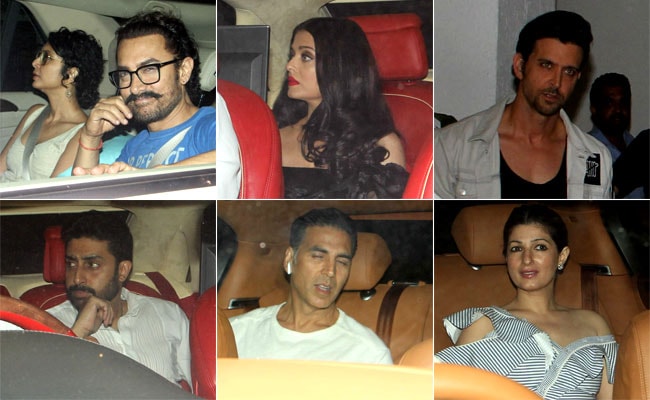 Deepika was rather stylish in a black ensemble while Katrina picked blue for the evening. Kriti Sanon was in a very colourful mood while Malaika Arora was ravishing, as usual, in yellow. Anushka wore a cheeky expression to go with her chic look. Alia drove in with her rumoured boyfriend Sidharth. Varun Dhawan was also there with Natasha Dalal, who he is reported to be dating. 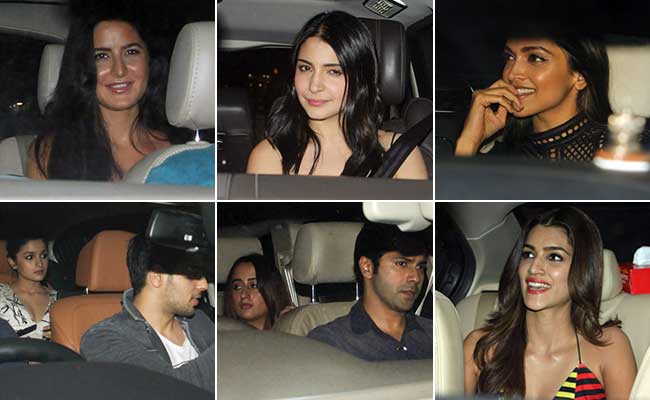 Promoted
Listen to the latest songs, only on JioSaavn.com
Sara was photographed arriving alone in her car. Jhanvi was smart in an off-shoulder dress. 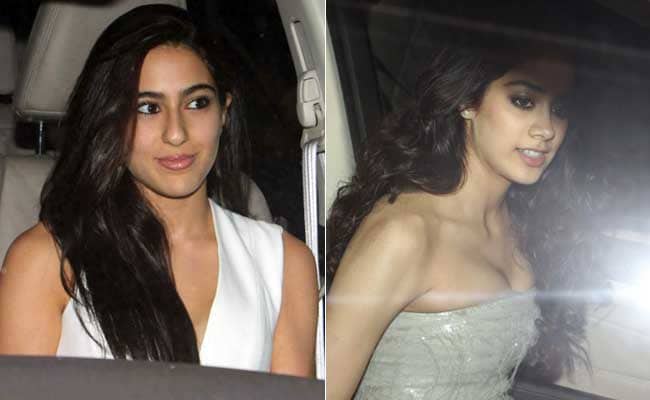 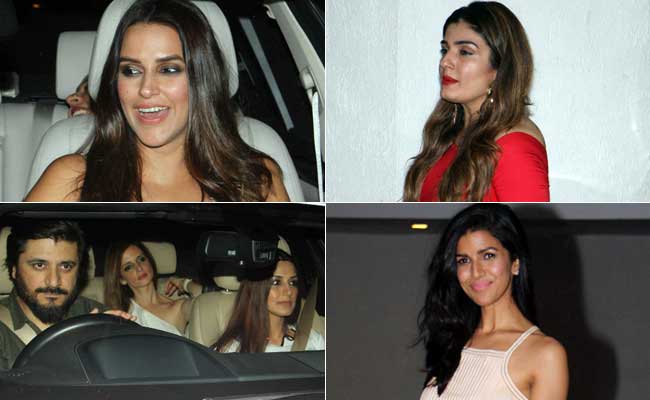 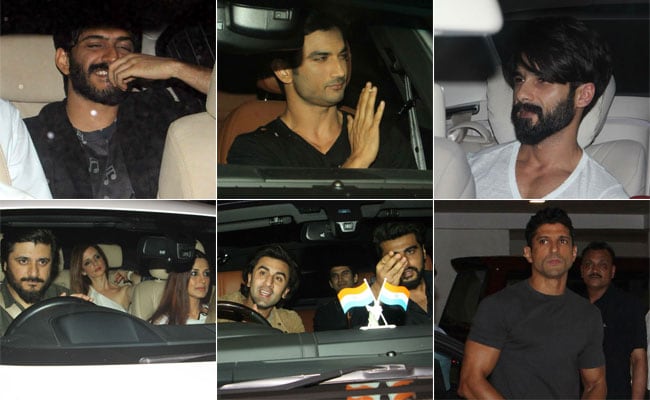 Karan Johar blew out 45 candles on his birthday on Thursday. Karan last directed Ae Dil Hai Mushkil while Badrinath Ki Dulhania remains his last produced film. He will next be producing Dragon, Ayan Mukerji's film, starring Ranbir and Alia. Karan Johar's Dharma Productions was also in charge of distributing the Hindi version of Baahubali 2, all versions of which have made over Rs 1,500 crores worldwide.