INS Vikramaditya, 2 Other Ships On 4-Day Visit To Maldives 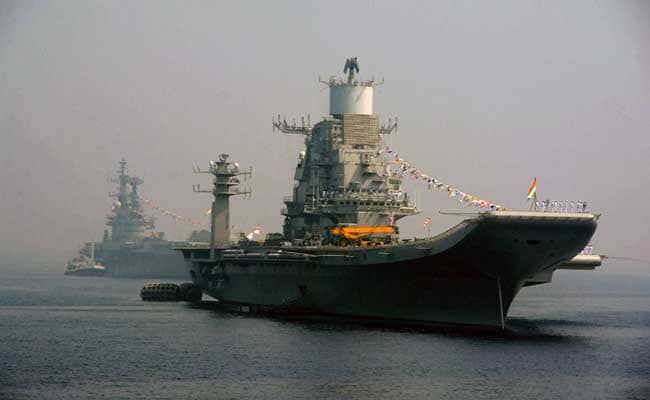 INS Vikramaditya, one of the two aircraft carriers of the Navy. (File Photo)

New Delhi: Indian aircraft carrier INS Vikramaditya along with its support ships INS Mysore and INS Deepak are on a four-day visit to Maldives, after conclusion of the International Fleet Review.

The ships are part of the Navy's Western Fleet based in Mumbai.

INS Vikramaditya, one of the two aircraft carriers of the Navy, is capable of operating a versatile range of high- performance aircraft, such as the MiG-29K fighters, KM 31 AEW helicopters, multi-role Seakings and utility Chetaks.

She is accompanied by indigenously-built INS Mysore, a frontline missile destroyer and INS Deepak, a fleet tanker.

During the visit, the warships will have professional interactions with the Maldivian Navy.

In addition, a number of sports and social engagements, aimed at strengthening bilateral ties and mutual understanding between the two navies, have also been planned, a Naval statement said.