Naval Officer Dies In Fire Onboard INS Vikramaditya In Karnataka

While the fire onborad INS Vikramaditya was brought under control, the naval officer lost consciousness due to the smoke and fumes during the firefighting efforts.

A Board of Inquiry to investigate the fire incident onboard INS Vikramaditya has been ordered.

A naval officer died today after a fire broke out onboard INS Vikramaditya, India's only aircraft carrier, while entering the harbor in Karnataka's Karwar.

"Lieutenant Commander DS Chauhan bravely led the firefighting efforts in the affected compartment," the Navy said in a statement.

While the fire was brought under control, the officer lost consciousness due to the smoke and fumes during the firefighting efforts. He was immediately evacuated to the Naval Hospital at Karwar but could not be revived, the Navy said.

The naval officer was in his twenties and had gotten married just last month. He is survived by his mother and wife.

The Navy added that the fire was brought under control by the ship's crew "in a swift action preventing any serious damage affecting the ship's combat capability." 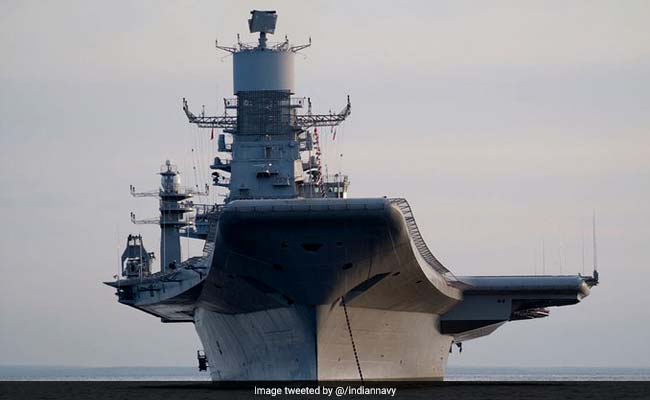 INS Vikramaditya weighs 40,000 tonnes and is the biggest and heaviest ship in the Indian Navy.

A Board of Inquiry to investigate the fire incident has been ordered.

The $2.3 billion aircraft carrier came to India from Russia in January 2014. INS Vikramaditya, which was commissioned into the Indian Navy in November 2013 at the Sevmash shipyard in north Russia's Severodvinsk, is based at its home port at Karwar in Karnataka.

INS Vikramaditya is 284 metres long and 60 metres high -- that's about as high as a 20-storeyed building. The ship weighs 40,000 tonnes and is the biggest and heaviest ship in the Indian Navy.