The GoM has identified 18 companies across the country to develop a uniform accounting software for the smaller tax payers. 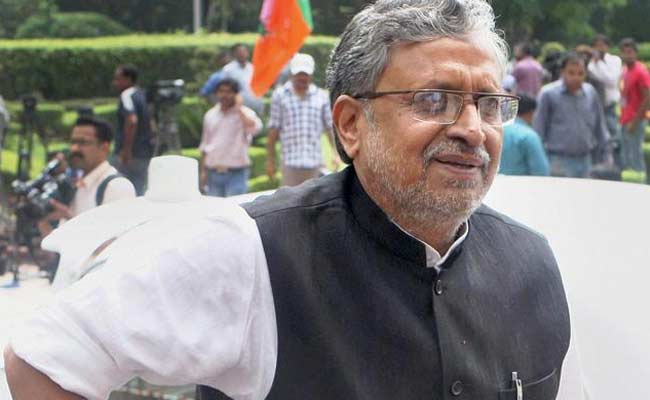 We plan to roll out the new simplified GST returns form in the next 4-6 months: Sushil Modi

"We have directed Infosys to design the new forms as suggested by the GST Council to simplify filing returns by traders on the network," Mr Modi told reporters at the 10th meeting of the GoM, held in the city to review the working of the network.

"We plan to roll out the new simplified GST returns form in the next 4-6 months for the benefit of dealers or traders paying the indirect tax through the network," said Mr Modi, who is also Bihar Deputy Chief Minister.

The GoM has identified 18 companies across the country to develop a uniform accounting software for the smaller tax payers. "The new software will be given to all small traders to ensure uniformity in filing GST returns," he said.

As decided by the GST Council, e-commerce firms will pay Tax Deduction at Source (TDS) and Tax Collected at Source (TCS) with effect from October 1.

The Union government on September 13 notified October 1 for implementing the TDS and TCS provisions under section 52 of the Central GST (CGST) Act.

The e-commerce companies have to deduct TDS up to 1 per cent state GST and 1 per cent central GST on intra-state supplies of over Rs. 2.5 lakh.

In the case of inter-state supplies of over Rs. 2.5 lakh, the TDS will be 2 per cent of the integrated (state and central) GST.

The Council had earlier deferred implementing the TDS and TCS after e-commerce players like Amazon, Flipkart and Myntra expressed concerned on compliance burden.

Claiming that GST revenue was improving after the procedures and rules were reformed, Modi said revenue deficit of states had declined to 13 per cent from 17 per cent earlier.

"We are hoping the combined revenue will soon touch Rs 1.3 lakh crore per month with greater compliance by all the stakeholders," reiterated Modi.

The data and business intelligence by the network is helping the Council to track tax evasions and warn dealers filing fake invoices.