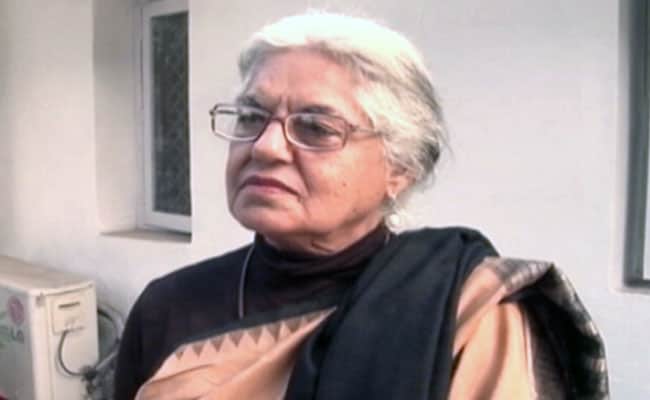 "Indira Jaising, a senior advocate, is being targeted for fearlessly taking up people's cause. Intolerance of Modi Sarkar," Digvijaya Singh posted on Twitter.

Advocates would you pl show some spine and stand up for her ? You never know you may be the Next !

A former additional solicitor general, Ms Jaising is the founder-secretary and her husband Anand Grover is the president of the Lawyers Collective.

Reacting to the government's decision, Ms Jaising posted on Twitter on Wednesday:

Condemn the beaten attack by government disguised as alleged violations of FCRA , days after I spoke at Rana Ayub book release

She was referring to 'Gujarat Files: The Anatomy of A Cover Up,' a book on 2002 Gujarat riots, written by journalist Rana Ayyub.