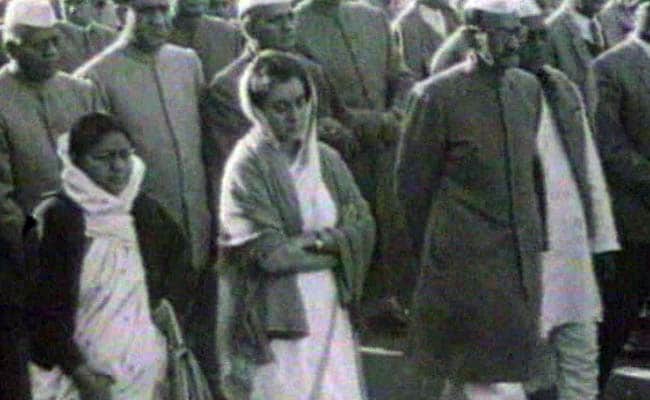 Washington: Returning to power in 1980, the then Prime Minister Indira Gandhi had considered a military strike on Pakistan's nuclear installations to prevent it from acquiring weapons capabilities, a declassified CIA document has claimed.

Such a consideration by the then Indian Prime Minister was being made when the US was in an advanced stage of providing its fighter jets F-16 to Pakistan, says the September 8, 1981, document titled 'India's Reaction to Nuclear Developments in Pakistan', which was prepared by the Central Intelligence Agency (CIA).

A redacted version of the 12-page document was posted on the CIA website in June this year, according to which the then Indian government led by Indira Gandhi in 1981 was concerned about the progress made by Pakistan on its nuclear weapons programme and believed that Islamabad was steps away from acquiring a nuclear weapon. The US had the same assessment.

"In the extreme case, if Indian concerns increase over the next two or three months, we believe the conditions could be ripe for a decision by Prime Minister Gandhi to instigate a military confrontation with Pakistan, primarily to provide a framework for destroying Pakistan's nuclear facilities," the then highly sensitive CIA report claimed.

At the time of writing of the report, the CIA said Indira Gandhi had not taken any such decision in that regard.

According to the report, as Pakistan was in an advanced stage of producing plutonium and highly enriched uranium for use in nuclear weapons, Indira Gandhi evidently responded to the threat by authorising Indian nuclear test preparations.

"In February (1981), excavation was begun in the Thar desert to permit the underground explosion of an Indian test device on short notice," the CIA said, adding that in May, preparations had been completed by India for a 40-kiloton nuclear test.

The CIA said India reportedly was to explode the device about one week after the expected Pakistani test.

"Evidently, the Indian Government calculated that a Pakistani nuclear explosion per se would not constitute a national security threat, and that the damage to India's image of pre-eminence in the region could be minimised by a resumption of the peaceful nuclear explosive (PNE) programme," the CIA said.

"Prime Minister Gandhi probably has not made a decision to exercise a military option against Pakistan. In the extreme case, if India's concern about deliveries of F-16s to Pakistan increases before the optimum time for exercising the military option (in October or November according to one report), the conditions could be ripe for Prime Minister Indira Gandhi to carry out the contingency strike plan," it said.

"Our best estimate, however, is that India will follow a wait and see strategy," the report added.