Senior IndiGo officials met the JC Diwakar Reddy over a lunch hosted by the Union minister of state for science YS Chowdary "to resolve" the flying ban on the TDP lawmaker. 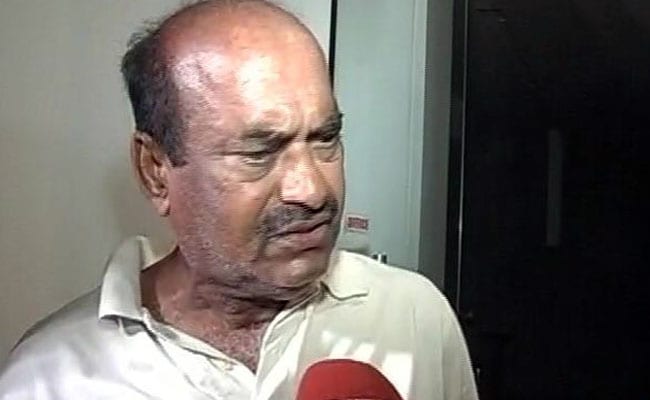 NEW DELHI: JC Diwakar Reddy, the TDP lawmaker banned last month by domestic airlines for creating a ruckus at Visakhapatnam airport, can fly again. IndiGo, the budget airline that first grounded the 73-year-old lawmaker for misbehaving with its officials, said he had expressed regrets at a meeting today. Senior airline officials had met the lawmaker over a lunch hosted by the Union minister of state for science YS Chowdary "to resolve the issue".

The issue has been "amicably resolved" and it has been decided to revoke the ban, an IndiGo statement said at the end of the three-hour long meeting. Other domestic airlines which had grounded the parliamentarian have started revoking the ban on Mr Reddy too.

IndiGo had last month announced that it would not allow the lawmaker from Andhra Pradesh's Anantapur on its flights after his "aggressive and abusive behaviour" at the Visakhapatnam airport on 15 June. On CCTV footage, Mr Reddy was seen arguing with airline officials, picking up a printer and then slamming it on the check-in desk, rushing behind a senior airline official and pushing him.

Mr Reddy - who is from the same party as the Civil Aviation Minister Gajapathy Raju - had initially refused to apologise. "I never abused... never slapped anyone... There is no need at all for me (to say sorry). There is no sorry at all," Mr Reddy told NDTV last month when asked if he was apologetic over his actions.

This week, he filed a case against the airlines and the government against the ban. He had to take a special aircraft to fly to Delhi to vote in the presidential elections.

But the change in IndiGo's stand came after the intervention of the junior science minister YS Chowdary, also from the TDP, who hosted the lunch.

Mr Reddy is the second lawmaker to be grounded this year; Shiv Sena's Ravindra Gaikwad who allegedly assaulted an Air India official was the first. The Gaikwad incident had prompted the government to start drafting a no-fly list to bar abusive passengers. Under the initial draft, the flying ban could be imposed for behaviour of passengers at the airport too. Mr Reddy's conduct was covered under this proposed provision.

Promoted
Listen to the latest songs, only on JioSaavn.com
But after the incident involving Mr Reddy, the Civil Aviation Ministry is reported to be having second thoughts about banning unruly passengers for vandalism inside the airport. It is being argued that this may be unnecessary since there were adequate security personnel at hand to control any situation and "there are provisions under the Indian Penal Code to deal with those incidents".