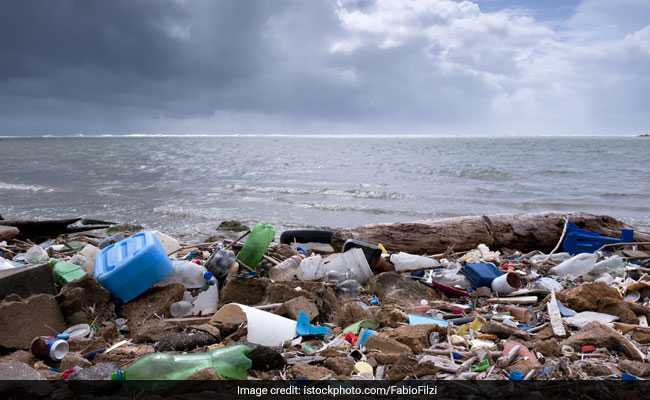 India produced 15.89 lakh tons of plastic waste in 2015-16, according to the data. (Representational)

India's plastic waste generation has more than doubled in the last five years with an average annual increase of 21.8 per cent, the Centre said on Monday.

Responding to a query raised in the Lower House of Parliament, Minister of State for Environment Ashwini Choubey said that more than 34 lakh tons of plastic waste was generated in 2019-20 and 30.59 lakh tons in 2018-19.

The ministry said that annual data on the generation of solid waste, plastic waste, e-waste, construction and demolition (C&D) waste, bio-medical waste (BMW) and hazardous waste (HW) in the country is compiled by the Central Pollution Control Board (CPCB).

"Based on the studies undertaken by CPCB on hazardous waste and data compiled in respect of other wastes, the average annual increase observed in generation of hazardous waste is two per cent, in bio-medical waste (BMW) is 5.8 per cent, solid waste 0.1 per cent and plastic waste 21.8 per cent," the minister said in his written reply.

He said the data is collected from the respective State Pollution Control Board/Pollution Control Committees (SPCBs/ PCCs) in line with the provisions contained in various rules notified under the Environment (Protection) Act, 1986.

Responding to another query on biomedical waste, the minister said India produced 677 tons of biomedical waste per day in 2020 while in 2019 it produced 619 tons BMW per day. In 2015, the BMW produced in India was 502 tons per day, the data showed.

In response to another question on the number of complaints received on unscientific or illegal disposal of biomedical waste across the country, the minister said that the CPCB had received a total of 23 public complaints between 2016 and 2021.

Of these, five complaints were from Rajasthan, four from Delhi, three from Tamil Nadu, two from Jharkhand and one complaint each from Bihar, Punjab, Maharashtra, Uttar Pradesh, Himachal Pradesh, Madhya Pradesh, Puducherry, West Bengal and Chhattisgarh.