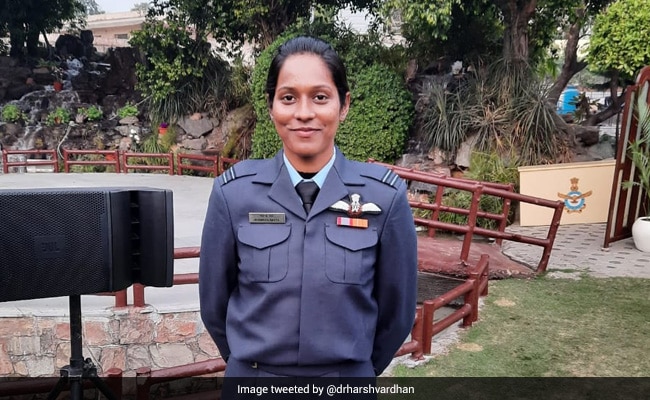 Flight Lieutenant Bhawana Kanth, the first woman in India who qualified for combat mission in a fighter jet, will add another first to her name - she will be the first woman fighter pilot to participate in the Republic Day flypast.

Along with Mohana Singh and Avani Chaturvedi, Flight Lt Kanth was the first woman selected for the Indian Air Force's (IAF) fighter stream in 2016. Less than two years later, the three women joined their respective squadrons.

Indeed a proud moment for the entire country!@IAF_MCCpic.twitter.com/NqY6bYDtWL

Flight Lt Kanth had created history in May 2019 by becoming the first woman to qualify for combat missions on a fighter jet. She successfully completed the operational syllabus for carrying out combat missions on MiG-21 Bison aircraft, during the day.

Another first for this Republic Day from the IAF's stable is a flypast by India's latest fighter jet Rafale, bought from France's Dassault Aviation, which also made the Mirage 2000 that India has been flying for decades.

This year's Republic Day parade, however, is going to be a bit different from the past due to the pandemic. The route will be shorter and contingents would be smaller. The spectator strength has also been brought down from 1,15,000 to 25,000 and children below 15 years old will not be allowed entry. The number of cultural programmes has also been cut down.

The parade will not culminate at the Red Fort; it will start from Vijay Chowk and end at the National Stadium - the distance of the parade has been cut down to half, from 8.2 km to 3.3 km.