Prime Minister Narendra Modi at the UN General Assembly today highlighted India's big contribution to fighting climate change despite being one of the lowest emitters of carbon emissions. "Per capita wise India's contribution to global warming is very low, but we are a leading nation in mitigation plans," PM Modi said in his address to world leaders at the UNGA in New York.

"Global warming has also increased the frequency and ferocity of natural disasters. That's why we have formed the CDRI," PM Modi said, referring to the Coalition for Disaster Resilient Infrastructure that India has proposed at the ongoing UN meet. The CDRI seeks to include national governments, UN agencies, multilateral development banks and the private sector, among others, to build new and repair infrastructure systems that can withstand climate risks.

"India is working on a target of 450-gigawatt (GW) renewable energy. We have also formed the International Solar Alliance," PM Modi said.

The International Solar Alliance (ISA), launched by PM Modi and former French President Francois Hollande in 2015, is an alliance of countries mostly between the Tropics of Cancer and Capricorn that receive plentiful sunshine. It aims to reduce the costs of financing solar power and the required technology, and to mobilise more than a trillion dollars to build solar facilities and infrastructure by 2030. 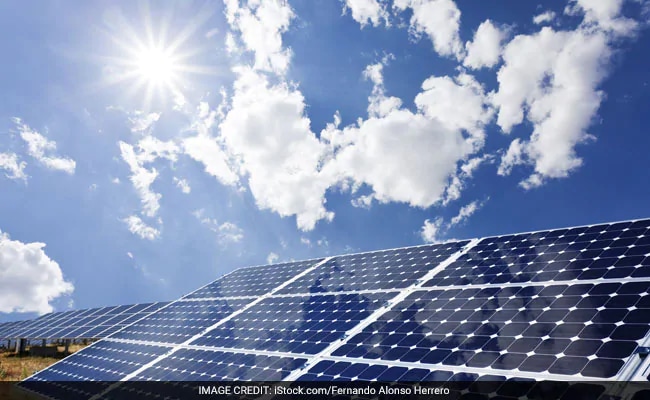 While opening the ISA's first meeting with UN chief Antonio Guterres in October 2018, PM Modi had predicted the India-led coalition to harness solar energy will eventually replace the OPEC oil cartel. "The role of the oil wells today will be that of the Sun's rays tomorrow," PM Modi had said at the meeting in New Delhi.

The UN Climate Change Summit held on September 24 saw world leaders pledge action to stop rising global temperature. "We must accept that if we have to overcome such serious challenge, then what we are doing today is not enough. What we need is global behavioural change," PM Modi said.

US President Donald Trump made a brief unscheduled appearance at the UN Climate Action Summit and heard PM Modi's speech on Tuesday. President Trump listened intently for about 10 minutes before departing for another event. The US President has repeatedly expressed doubt about the overwhelming scientific consensus on man-made causes of global warming.

Though India is working on strengthening renewables sources of energy, it is among one of the highest consumers of coal after China and the US. The state-run Coal India Ltd is the single largest coal producer in the world.