18 Indians Among 23 Sailors Aboard British Tanker Seized By Iran

Iran seizes British-flagged tanker: Eighteen crew were Indian, including the captain, and the rest were from the Philippines, Latvia and Russia 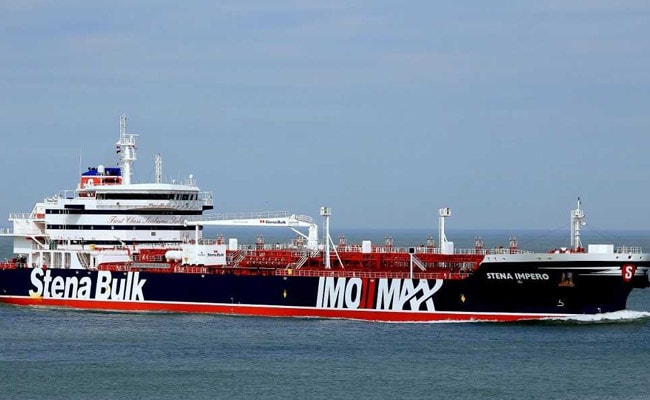 British tanker Steno Impero has 23 people on board including Indians and Russians.

Iran opened an investigation on Saturday into a British-flagged tanker it alleges collided with a fishing vessel in the Strait of Hormuz, as tensions mount in the strategic waterway.

The Islamic Revolutionary Guard Corps said it seized the Stena Impero on Friday for breaking "international maritime rules" in the strait, a chokepoint for around a third of the world's sea-borne oil.

Britain said Iran had seized two ships in the Gulf, and Foreign Secretary Jeremy Hunt warned of "serious consequences" if the issue was not resolved quickly.

The British owner of the second tanker, the Liberian-flagged Mesdar, said the ship had been temporarily boarded by armed personnel, but was free to leave and that all crew were "safe and well".

The incidents came hours after a court in Gibraltar said it would extend by 30 days the detention of an Iranian tanker seized two weeks ago in an operation aided by British Royal Marines on allegations of breaching EU sanctions against Syria.

The Guards also said Thursday they had seized another "foreign tanker" and its 12 crew days earlier for allegedly smuggling fuel, without giving further details. 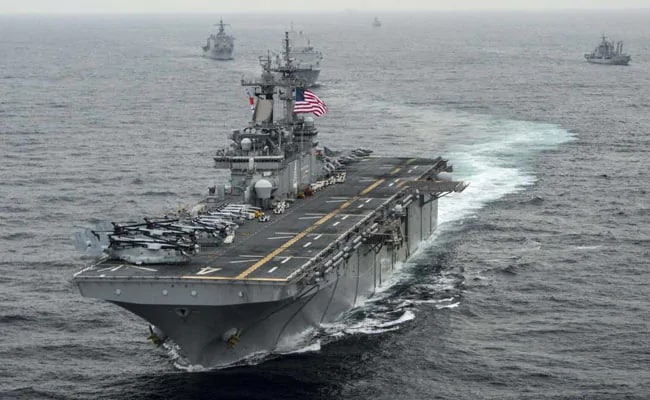 As tensions soared, Tehran's arch rival Saudi Arabia said it would once again host US troops on its soil to boost regional security

Tensions in the Gulf have soared in recent weeks, with US President Donald Trump calling off air strikes against Iran at the last minute in June after the Islamic republic downed a US drone, and blaming Iran for a series of tanker attacks.

The Stena Impero had been heading for Saudi Arabia on Friday when it collided with a fishing vessel, according to authorities at the southern Iranian port of Bandar Abbas, off which the tanker is now anchored.

The vessel had "collided with a fishing boat on its route and, according to law, after an accident it is necessary that the cause of the accident are investigated," said Allah-Morad Afifipoor, director-general of the Hormozgan province port and maritime authority.

The Swedish-owned tanker "has 23 crew and they are all on the ship," he said, quoted by Fars news agency.

The Philippines said the crew was made up of 18 Indians, three Russians, a Latvian and a Filipino.

Following the collision, those on board the fishing boat "contacted the British vessel but didn't receive any response", so they "informed the Hormozgan port and maritime office according to the legal procedures," Afifipoor said.

"The investigation into the cause of the accident has been started today by experts" from Hormozgan province's port and maritime authority, he added.

Tanker tracking service Marine Traffic showed the Stena Impero had last signalled its location near the island of Larak at 9:00 pm (1630 GMT).

The ship was transiting the Strait of Hormuz and in "international waters" when it was "attacked by unidentified small crafts and a helicopter," the owner said. 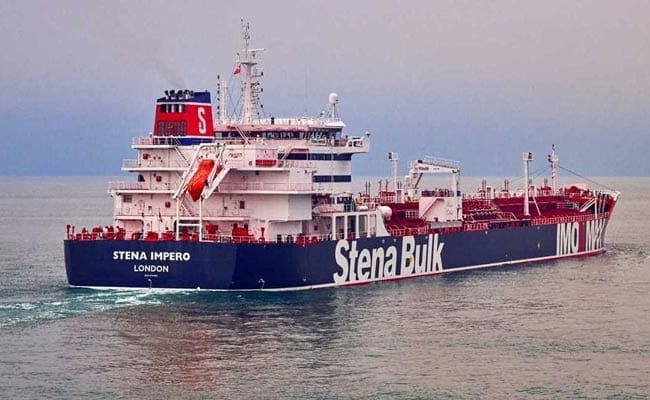 The Stena Impero had been heading for Saudi Arabia on Friday when it collided with a fishing vessel, according to authorities at the southern Iranian port of Bandar Abbas, off which the tanker is now anchored.

Hunt warned that "if this situation is not resolved quickly there will be serious consequences".

But he told Sky News that "we're not looking at military options, we are looking at a diplomatic way to resolve the situation."

London on Saturday warned British ships to avoid the Hormuz Strait for "an interim period".

"We remain deeply concerned about Iran's unacceptable actions which represent a clear challenge to international freedom of navigation," a government spokeswoman said following an overnight meeting of the government's COBRA emergencies committee.

The latest incidents came as Trump and American officials insisted, despite denials from Tehran, that the US military had downed an Iranian drone that was threatening an American naval vessel in the Strait of Hormuz.

Trump said the drone had been threatening the amphibious assault ship USS Boxer.

Iran's deputy foreign minister Abbas Araghchi tweeted that the Americans may have shot down a US drone by mistake, and the Revolutionary Guards later released footage they said belies the US claims.

The seven-minute video, apparently shot from high altitude, shows a convoy of ships the Guards said they were tracking as they passed through the strait.

The ships in the footage could not be immediately identified, although one appears similar to the USS Boxer.

US troops in Saudi

As tensions soared, Tehran's arch rival Saudi Arabia said it would once again host US troops on its soil to boost regional security.

The Pentagon said the deployment "ensures our ability to defend our forces and interests in the region from emergent, credible threats."

The US military also said it had patrol aircraft monitoring the Strait of Hormuz, and was developing a "multinational maritime effort" to ensure freedom of navigation in key Middle East waterways.

The escalation comes more than a year after Washington unilaterally withdrew from the 2015 Iran nuclear agreement and began ratcheting up sanctions against Tehran.

Earlier this month, Iran exceeded the deal's caps on uranium enrichment, aiming to pressure the remaining parties to make good on their promises to help prop up its economy.

The Islamic republic has repeatedly threatened to close the Strait of Hormuz if attacked.