These Baby Rhinos In Flood-Hit Assam Need Your Help 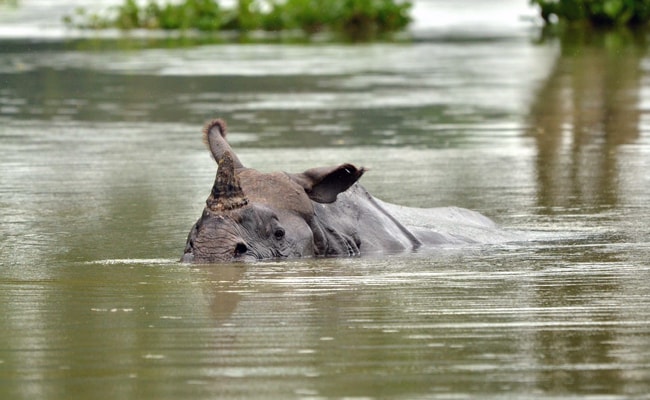 Rescue teams in boats have pulled the stranded rhinos from famed Kaziranga National Park, home to the world's largest population of the one-horned animals.

Mr Rathin Barman, deputy director of the Wildlife Trust of India, said they were now struggling to feed and care for the rhinos, aged from one to eight months.

"Some of them are injured and are being treated by our staff in the rescue centre. We are right now hand-raising them, providing them formula milk and essential vitamins," Mr Barman said.

"We will release them only after two years," he added of the eight.

"We appeal to the public to donate money for the upkeep of the rescued babies. They drink six packs of milk a day which costs 1,500 rupees ($23) and this will continue for a minimum of one year," he said. 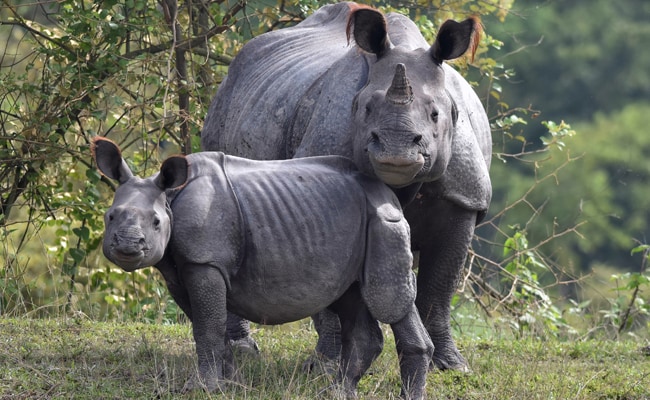 A one-horn rhinoceros and her calf rest on higher land to escape flood waters. (AFP)

It was unclear whether the calves were left orphaned by the floods or were separated from their mothers as they tried to flee to higher ground.

Seventeen adult rhinos along with deer and other animals have been found drowned in Kaziranga, a 430-square-kilometre (166-square-mile) protected area.

"It is sad that we lost about 17 rhinos in the floods this time, which is something unprecedented," forest minister Pramilla Rani Brahma said.

The park, home to about 2,500 rhinos, draws scores of tourists and was visited by Britain's Prince William and his wife Kate during their official tour of India earlier this year.

Mr Barman said he feared more rhinos would need assistance once waters receded in the park, which has been stripped of vegetation by the floods.