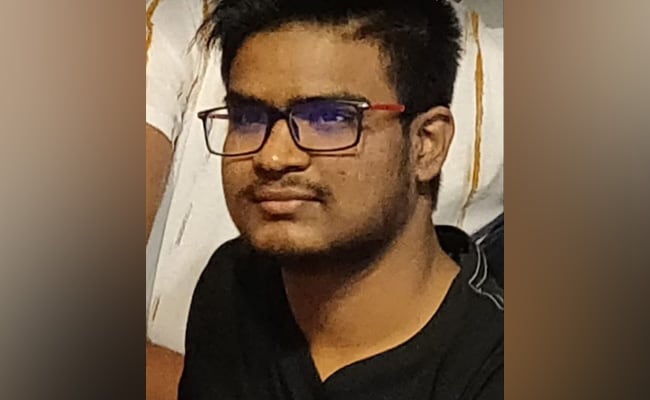 Naveen's friend Shridharan Gopalakrishnan said he last saw him around 8:30 am.

Karnataka Chief Minister Basavaraj Bommai has expressed shock at the killing of 21-year-old Karnataka medical student Naveen Shekharappa Gyanagoudar in Ukraine's Kharkiv this morning. He lost his life to shelling on a prominent Ukrainian government building near which he lived in a rented apartment. Offering condolence, Mr Bommai said that the state government is in constant touch with the Ministry Of External Affairs and "will make all efforts" to bring back his body.

"Shocked on death of Naveen Gyanagoudar, student from Karnataka, in bomb shelling in Ukraine. My deep condolences to the family. May his soul rest in peace.

We are constantly in touch with MEA and will make all efforts to bring back his mortal remains," he said in a post on micro-blogging website Koo.

Hailing from Karnataka's Haveri, Naveen was a final year medical student at the Kharkiv National Medical University. He was reportedly standing in a queue outside a grocery shop when he was hit.

Pooja Praharaj, a student coordinator in Kharkiv, spoke to NDTV shortly after the student's death.

The Karnataka Chief Minister said that Naveen's father Shekar Gowda, "choking with grief", said he had spoken with his son "just in the morning over the phone and he used to call up twice or thrice every day".

Naveen's friend Shridharan Gopalakrishnan said he last saw him around 8:30 am. But he gave a different version of how he was killed.

"Naveen was shot dead around 10:30 am Ukrainian time today. He was standing in the queue before a grocery shop when the Russian army fired at people. We have no information about his body. None of us was able to visit the hospital, probably where it is kept now," Shridharan said.

"With profound sorrow, we confirm that an Indian student lost his life in shelling in Kharkiv this morning. The Ministry is in touch with his family. We convey our deepest condolences to the family," tweeted the External Affairs Ministry, confirming the tragic news from Ukraine.