A biennial, multilateral naval exercise which started in 1995, MILAN was scheduled to be held in Visakhapatnam from March 18 to 28. 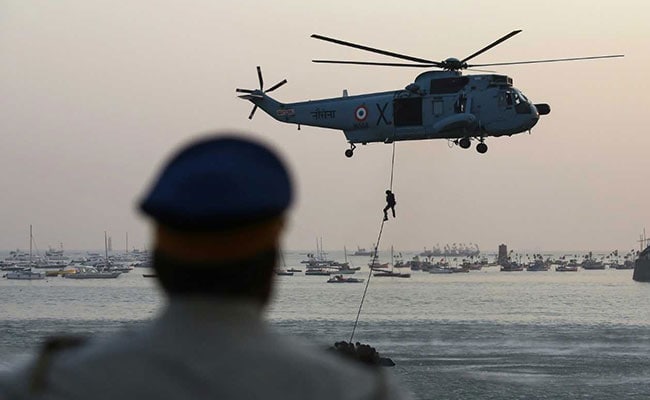 Navies around the world had expressed interest in participating in Milan 2020.

The Indian Navy on Tuesday postponed a multi-nation mega naval exercise ''MLAN 2020'' which was scheduled to be held off the coast of Visakhapatnam as part of precautionary measures against the coronavirus outbreak.

A biennial, multilateral naval exercise which started in 1995, MILAN was conducted at the Andaman and Nicobar Command until 2018. Over 40 countries were expected to participate in the exercise this year.

"It is for information that MILAN 2020 - a multilateral naval exercise scheduled to be conducted by the Indian Navy from 18 to 28 Mar 20, at Visakhapatnam, has been postponed taking into consideration the safety of all participants and travel restrictions imposed by the spread of COVID-19," an official statement said.

"The conduct of MILAN 2020 had generated a very enthusiastic response, with Navies around the world having expressed their desire to participate; and in deference to this interest, the Indian Navy looks forward toward scheduling MILAN at a later convenient date," it added.

"The Indian Navy would like to whole heartedly thank the numerous navies from near and far for having accepted their invitation to participate in MILAN 2020, as also for the unstinted support provided in the run-up to this event," the statement said.

On Monday, the government reported two new cases of the novel coronavirus, including a Delhi man, assuring that it has stepped up its efforts to detect and check the infection which has killed more than 3,000 people globally. An Italian tourist in Jaipur was also confirmed to have contracted the virus on Tuesday.