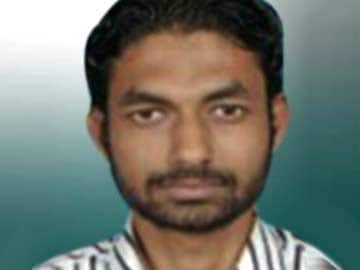 New Delhi: The arrest of a 23-year-old expert bomb-maker named Tehseen Akhtar has allegedly left the terror group Indian Mujahideen without a head in India.

Hunted by the police for months, Tehseen was arrested early this morning from a village called Panitanki, near the border with Nepal.

The Delhi police called Tehseen a big catch who had not just planned several terror attacks, including the blasts targeting Narendra Modi's rally in Patna in October, but also helped set up an arms factory in the capital.

Tehseen had allegedly been running the Indian Mujahideen in India since the group's co-founder Yasin Bhatkal was arrested last year, also near the India-Nepal border.

The police say the Indian Mujahideen was planning a big terror attack, possibly to coincide with the general election next month, but the arrest of its top leaders means the end of the group's operational wing in India.

There was a reward of Rs 10 lakh on Tehseen, the son of a chemist from Samastipur in Bihar. He had given investigators the slip several times.

Tehseen is suspected to have a played a role in the 2010 bombing in Varanasi, a cooker bomb blast outside the Jama Masjid in Delhi last year, the 2011 serial blasts in Mumbai, the 2012 low intensity blasts in Pune and the twin bombings in Hyderabad last year. Almost 45 people were killed in these attacks and over 200 were injured.

Promoted
Listen to the latest songs, only on JioSaavn.com
The tech savvy operative, who frequented cyber cafes, had allegedly been tasked with recruiting young men for terror in Bihar.