Children Of Indians At US Detention Camps Separated From Parents

A group of Democratic lawmakers from the Oregon had visited the facility and later told the media about the alleged inhuman condition of the illegal immigrants. 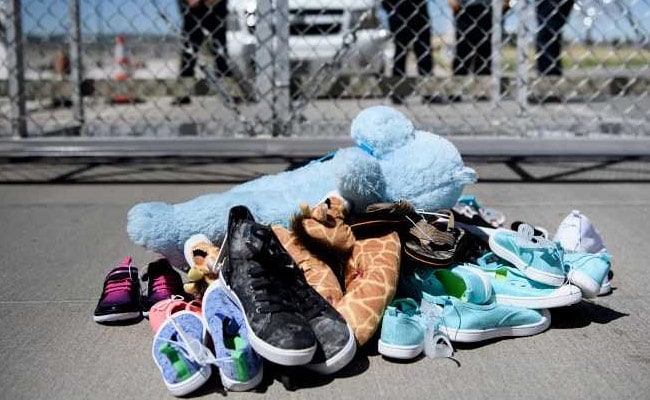 The Indian embassy said officials are closely monitoring the situation of Indian detainees in the US.

New Delhi: The children of the Indian detainees who are being kept at detention centres in the United States have been separated from their parents. The Indian embassy has established contact with two detention centres where nearly 100 Indians, mostly from Punjab, are detained for allegedly illegally entering the country through its southern border. The Indian government, however, has not been given consular access to the detainees.

A group of 52 Indians, mostly from the Sikh and Christian community, are at a detention facility in Oregon and 40 to 45 Indians are at another detention centre in New Mexico. The report of the separation of the Indian children from their parents comes amid global over Donald Trump's controversial "zero tolerance" immigration policy that saw children being separated from their parents who entered the US illegally.

Over a dozen of them are being held at the New Mexico centre for months. The rest of the Indians were brought to the detention centre about a week ago. A group of Democratic lawmakers from Oregon who visited the facility had spoken about the alleged inhuman condition of the immigrant detainees. Most of the Indians at the detention centres don't speak English and are communicating with the help of translators.

Promoted
Listen to the latest songs, only on JioSaavn.com
Sources in the Indian embassy said it could be difficult to establish the nationality in certain cases as many of the detainees destroy documents to seek immigration under refugee status, thus what India can do to help them could be limited.