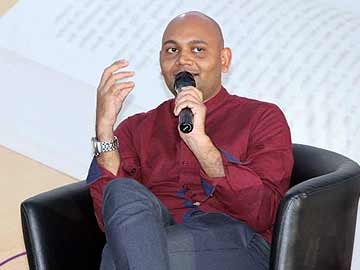 Originally composed in Hindi, the anthem will also be made available in the languages of the other seven SAARC countries.

"I believe a SAARC anthem, a song that all South Asians could sing together, can act as a catalyst in fostering deeper South Asian consciousness and fraternity. Having received a very warm and enthusiastic reception to the Earth Anthem, which I had written and produced recently, it was my thinking that I could do something similar for SAARC," Abhay Kumar, first secretary (Press, Information and Culture) at the Indian Embassy here, told IANS.

The Earth Anthem was unveiled in June by Law Minister Kapil Sibal and Minister of State for Human Resource Development Shashi Tharoor at the Indian Council for Cultural Relations (ICCR) in New Delhi.

It was then released in Kathmandu by former Nepalese prime minister Jhalanath Khanal in the presence of Axel Plathe, Unesco's Representative to Nepal.

"Since then it has been translated into the world's major languages. The Central Board of Secondary Education (CBSE), India, has put it on its website and I have been informed that Unesco is going to turn the idea of an official Earth Anthem into a global initiative," Abhay Kumar said.

Anthems have been in use for quite some time now, he said adding that there are several prominent regional organisations that have their own anthems.

The Association of South East Asian Nations (Asean) adopted "Asean Waya", in English as its anthem in 2008. According to Asean, the anthem is an expression of Asean unity and strengthens the sense of the grouping's identity and belonging among the region's people.

"The proposal should be endorsed by the member states and the SAARC Secretariat could later oversee the proper use of the anthem, pushing it at the formal meetings of the organisation as well as the SAARC's apex and recognised bodies. The anthem could also be played to commemorate special occasions such as the SAARC Charter Day Dec 8," Abhay Kumar said.

Promoted
Listen to the latest songs, only on JioSaavn.com
Abhay Kumar said the huge popularity of Bollywood films in South Asia made him compose the anthem in Hindi.