The unmanned wingman will be connected to a heavily-upgraded IAF Jaguar fighter bomber, pilots onboard which will assign specific tasks to each of the unmanned drones which fly alongside the fighter. 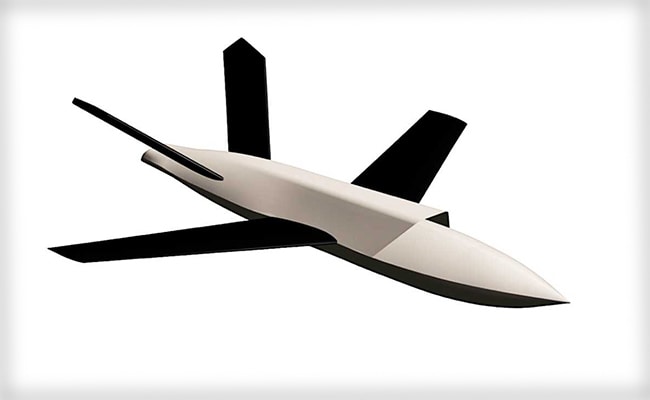 Each unmanned wingman is projected to cost under$5 million.

In a decade from now, Indian Air Force (IAF) fighters deployed deep inside Pakistani or Chinese air space could be accompanied by three or more ''unmanned wingmen", armed stealth drones which will fight alongside IAF fighters to hit high-value enemy targets.

''These platforms will be the first line of offense in operations against heavily defended, integrated air defence networks" says one of the key designers involved in the project being led by Hindustan Aeronautics. An Indian defence startup is also a part of the mission team.

Each drone will initially be armed with a single precision-guided weapon, such as an air-to-surface missile or a laser-guided bomb. Future versions of the platform will also be able to fire air-to-air missiles to target enemy fighters. 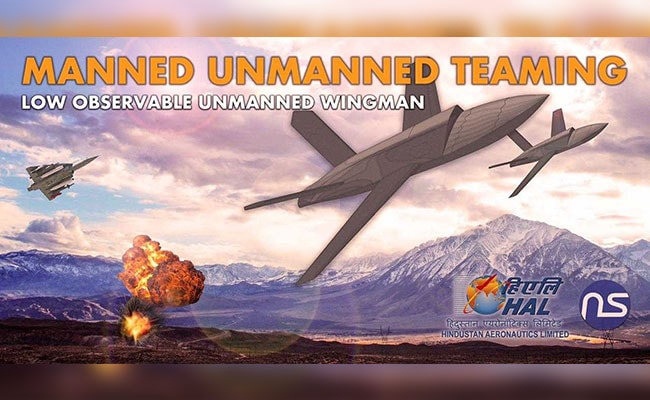 In simple terms, the unmanned wingman will be connected to a heavily-upgraded IAF Jaguar fighter bomber (called the Jaguar Max); pilots onboard which will assign specific tasks to each of the unmanned drones which fly alongside the fighter.

"Unmanned wingman platforms can target enemy airfields, army installations, radar sites and enemy surface-to-air missile launchers," says the key designer of the design team, tasks which are assigned to each drone through an indigenously developed two-way data-link. ''Not only do they increase the spread of offensive firepower in each and every mission, they also reduce potential casualties because they are unmanned aircraft,'' the design team member said.

''Each drone is also equipped with its own radar and sensors, data from which is transmitted back to the Jaguar fighter through the data-link so that the pilots get a comprehensive situational picture of all the targets and threats in the area.''

The concept of stealthy ''unmanned wingman'' drones come at a time when the Indian Air Force is struggling with an acute shortfall in its fighter squadrons. Some reports suggest that the IAF needs at least 200 more fighter jets to be effective in countering the threat of the Chinese Air Force and a resurgent Pakistan Air Force which has significantly upgraded its capabilities since the 1999 Kargil war where it could not compete with the Indian Air Force because its fighters lacked long-range air-to-air missiles.

Each HAL designed unmanned wingman is projected to cost under $5 million, a fraction of the cost of modern fighter aircraft like the Rafale which cost upwards of $92 million for a basic fighter without weaponry and support systems.

Still, for the unmanned wingman concept to be successful, there are important technological breakthroughs that need to be achieved. The drone is meant to be powered by the PTAE-7 turbojet engine which powers the indigenous Lakshya high speed target drone system. Designers of the unmanned wingman say a new engine needs to be acquired for the drone to improve its flight performance. Similarly, software for the command algorithms meant to control the unmanned drones and the design of the cockpit displays in the Jaguar fighter used to control the drones needs to be developed as well.

For Hindustan Aeronautics, the project to develop and deploy the unmanned wingman is a race against time. In June last year, China, considered a world-leader in drone technology, showcased its 'Dark Sword' unmanned stealth fighter for the first time, a supersonic fighter which has been described as a potential nightmare for US defences. The 'Dark Sword' is thought to have been under development for at least a decade.