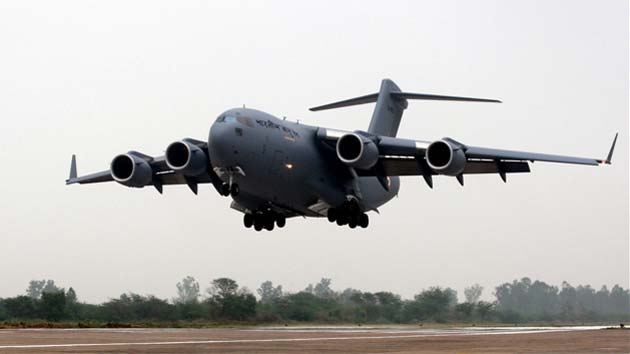 New Delhi: The Indian Air Force today inducted a massive new transport aircraft. The C-17 Globemaster, capable of lifting tanks to the border with China and Pakistan, has made its debut with a test flight at the Hindon base in Uttar Pradesh.

Capable of landing on forward short runways including advanced landing grounds along the India-China border with short turnaround times, the C-17 is seen as an important signal from India at a time when China has been building up its military infrastructure along the disputed border of Line of Actual Control.

10 of the Boeing Globe Masters have been bought from the US at a cost of $5.1 billion. The Globemaster can carry 80 tonnes of weight and 150 fully-armed soldiers.

Three planes have already been delivered by the US; two more are expected by the end of this year and the rest five will arrive in India by the end of next year.
Comments
Indian Air ForceC-17 Globemaster