India Will Give Befitting Reply If Attacked: Rajnath Singh In Message To Armed Forces

In a message to the armed forces on the eve of Independence Day, Rajnath Singh said India believes in winning hearts and not land. 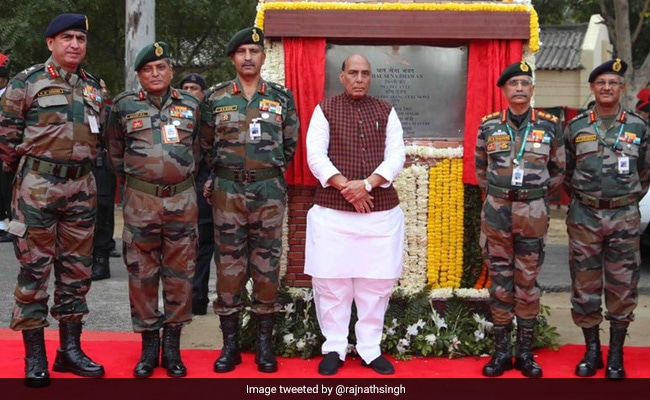 India will give a befitting reply if an enemy country attacks it, Defence Minister Rajnath Singh said on Friday, in an oblique message to China in the midst of the border row in eastern Ladakh.

In a message to the armed forces on the eve of Independence Day, he said India believes in winning hearts and not land.

"But it does not mean we will let our self-esteem be hurt," he said in the message.

The defence minister said whatever India does in the realm of national security is always for self-defence and not to attack other countries.

"If enemy country attacks us, then we will give a befitting reply every time," he said.

"History is a witness to the fact that India has neither attacked anyone nor tried to capture the land of another country," Mr Singh added.

The Defence Minister also assured the armed forces that government is doing all that is required to maintain their operational requirement.