India-US Strategic Partnership Will Be Central To Times Ahead: Envoy

India-US Strategic Partnership: "As India approaches the 75th year of our democracy, we remember the genius of our founding fathers - many of whom were inspired by the ideals of the American Constitution," he said. 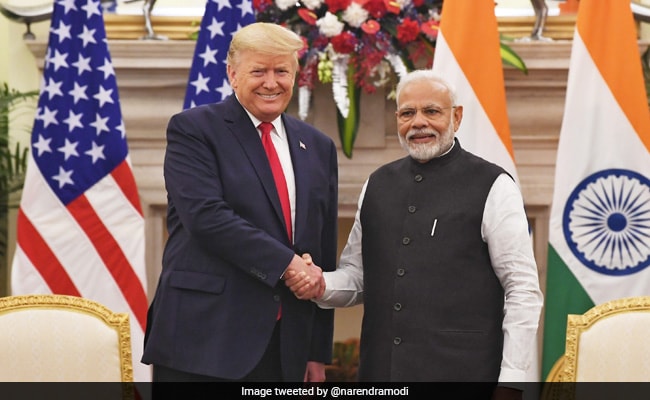 As India approaches the 75th year of its Independence, it relentlessly peruses the process of nation-building, the expansion of individual liberty, and of economic and political empowerment, a top Indian diplomat has said, reaffirming that the strength of India's strategic partnership with the US will be central to the times ahead.

In an op-ed in Newsweek magazine, India's Ambassador to the US Taranjit Singh Sandhu wrote on Wednesday that India's natural partnership with the US will be a source of strength.

"As India approaches the 75th year of our democracy, we remember the genius of our founding fathers - many of whom were inspired by the ideals of the American Constitution," he said.

"That moment was not an end, but rather the beginning, of a relentless process of nation-building, of the expansion of individual liberty and of India's economic, social and political empowerment. In renewing that commitment, India''s natural partnership with the United States will be a source of strength," Mr Sandhu wrote in his op-ed.

The op-ed 'Overcoming Challenges, Building Partnerships: the Promise of a New India' was retweeted by Congressman George Holding, Co-Chair of the House of Representatives Caucus on India and Indian Americans.

Observing that the green shoots of an economic rejuvenation must be nurtured with the support of friends and partners, Mr Sandhu said that the strength of India's strategic partnership with the US will be central to the times ahead.

"Through the pandemic, we have worked together to maintain the integrity of our product supplies, under stress from shortages or dependency on single country sources," he wrote.

As a responsible pharmaceutical manufacturer and stakeholder, India has kept open medical supply chains and made sure that essential medicines from India reached the US and other partner countries.

As the world moves towards a vaccine, India's research labs and vaccine manufacturing facilities are part of the global efforts - at least three of them are direct products of India-US collaboration, he wrote.

"And when the vaccine will be ready for distribution, Indian companies with expertise and capabilities in manufacturing and vaccine delivery will step up to the plate and play an important role in public health outreach across the world, including in Africa and Latin America," Mr Sandhu said.

The India-US collaboration in health is only one example of the range and depth of the partnership, the ambassador said.

"Already, we are witnessing renewed interest in India from US digital and innovation giants - in the last three months, more than USD 40 billion has been pledged as investments that will spur economic growth and create jobs in both countries, leveraging our complementarities for mutual benefit," he wrote.

"Those are not stand-alone events: from biotechnology to artificial intelligence, defense to renewable energy, fighting against terrorism to cooperation in the Indo-Pacific, there is no area of human endeavour that has not benefited from our binational cooperation," he said.

High-skilled professionals and students from India bring in important skill sets and bridge technological gaps, enabling US companies to be globally competitive while generating more jobs, Mr Sandhu wrote, adding that this innovative lot will play an even more significant role in post-COVID economic recovery in America.

"But even beyond businesses and joint ventures, India and the US are bound together at the people''s level - our partnership founded on the fundamental belief in the power of our democracies and our shared values," he said.

"Through the visionary foresight of the political leaderships in both our countries, we have built a truly extraordinary cooperation. And both our governments are committed to build on these excellent foundations and advance this partnership that not only benefits our two peoples, but also contributes to the global economic recovery and responds to the challenges of our times," Mr Sandhu wrote.