India, US Troops To Operate More Closely Together Than Ever: Pentagon

Lloyd Austin said that ties between India and the United States- the world's two largest democracies- including military ties, are growing stronger. 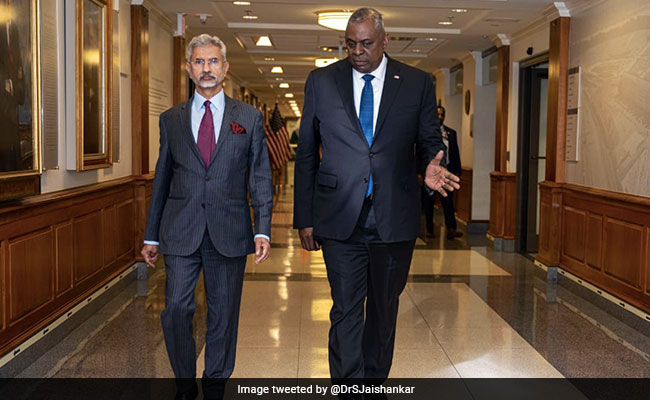 Highlighting the importance of India-US relationship, US Defence Secretary Lloyd Austin today said that both countries are positioning their militaries to operate and coordinate more closely than ever.

"Ties between India and the United States -- the world's two largest democracies -- including military ties, are growing stronger," he said in the statement issued by US Department of Defence.

"These conversations reinforce a growing depth, breadth and ambition of our partnership," Lloyd Austin said. "And that partnership is moving from strength to strength."

According to the statement, the military cooperation between the two nations is at an all-time high.

"Indian and US service members regularly exercise together, and the two governments regularly share information and intelligence, especially in the wake of the geospatial agreement signed between the two governments in 2020. India participates in the American international military education and training program," the statement read further.

"Today, we are positioning the US and Indian militaries to operate and coordinate more closely together than ever," Lloyd Austin said.

He further in the statement said: "We're taking significant steps to deepen our defence cooperation from stronger information sharing and defence industrial ties to cooperation in emerging defense domains, including through the launch of a new dialogue later this year."

The Indian military is becoming more inter-operable with its US partners. India has purchased Apache helicopters, Seahawk helicopters and has expressed interest in other US defence capabilities.

"All this will help ensure that our militaries are ready for future challenges," the secretary said.

The two nations work in a bilateral fashion, but also with other nations. "The United States and India, along with a dozen other Indo-Pacific partners, are pushing to expand our region's prosperity through the Indo-Pacific Economic Dialogue," Lloyd Austin said.

"And through our deepening cooperation with Japan and Australia, we are delivering on the issues that matter most to the region: infrastructure development and maritime security."

During the opening remarks in Washington, the Pentagon Chief also recalled his recent call with Defense Minister Rajnath Singh and said that the defence partnership between India and the US is going strong and from strength to strength.

In the conversation, Rajnath Singh as he pitched for stronger ties, also conveyed India's concerns related to the American sustenance package for Pakistan's F-16 fleet.