Activists dismissed the change, saying a portal would not stamp out sexism at work, be it the lewd comments, stalled promotions or unwanted advances that women routinely face. 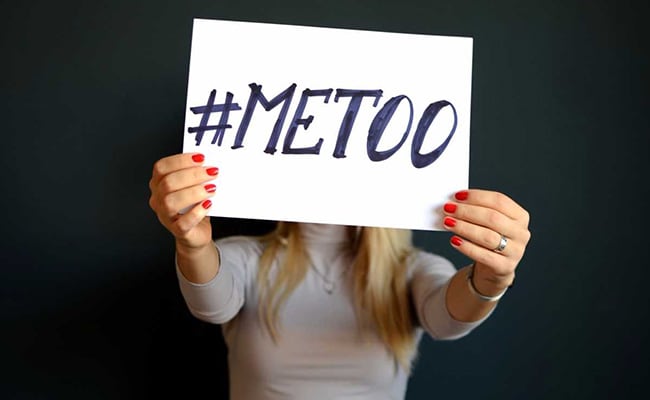 Mumbai: Amid global efforts to crack down on sex harassment in the work place, India is reaching out to women in the private sector, urging them to report sex pests via an online portal previously restricted to government staff.

Activists dismissed the change, saying a portal would not stamp out sexism at work, be it the lewd comments, stalled promotions or unwanted advances that women routinely face.

"This is a proactive step taken by (the ministry) in the wake of the worldwide social media campaign #MeToo," Maneka Gandhi, minister for women and child development, said in a statement released on Tuesday.

"The government is completely committed to provide a safe and fair environment to working women," she said.

The online portal will now be available to women in private companies, too.

Tens of thousands of women across the world recounted tales of sexual harassment or assault with the hashtag #metoo on social media last month, in the wake of claims against movie producer Harvey Weinstein.

The scandal soon leached to other sectors - be it Britain's parliament, the global fashion industry or India's film sector.

India in 2013 passed a law to tackle sexual harassment of women at the workplace. Employers were required to set up grievance councils to investigate all complaints.

But India has an uphill climb when it comes to equal treatment for women in the home, as well as the work force.

New Delhi and Brazil's Sao Paulo were paired as the world's worst megacities for sexual violence against women in a poll published last month by the Thomson Reuters Foundation.

Unsafe workplaces keep educated women out of the labour force in India, where nearly two-thirds of women with college degrees are without jobs, leading to among the worst rates of female labour force participation in the world.

Since the launch of SHe-box in July this year, nearly 350 complaints have been recorded, Ms Gandhi said.

When a complaint is submitted, it is sent to the employer's internal complaints committee. The ministry, as well as the complainant, can monitor the progress of the inquiry.

Complaints can range from lewd jokes and intimidation to denial of promotion after a spurned advance, Ms Gandhi said.

But activists said simply registering a complaint will not curb sexual harassment at work.

"Most offices do not even have a committee to look into sexual harassment, as mandated by law. So who will follow up on these complaints?" said Flavia Agnes, a co-founder of women's rights organisation Majlis in Mumbai.

"The focus should be on implementing the 2013 law and improving the workplace environment for women, rather than setting up more avenues to complain," she told the Thomson Reuters Foundation.

(This story has not been edited by NDTV staff and is auto-generated from a syndicated feed.)
Comments
sexual harassmentManeka Gandhi