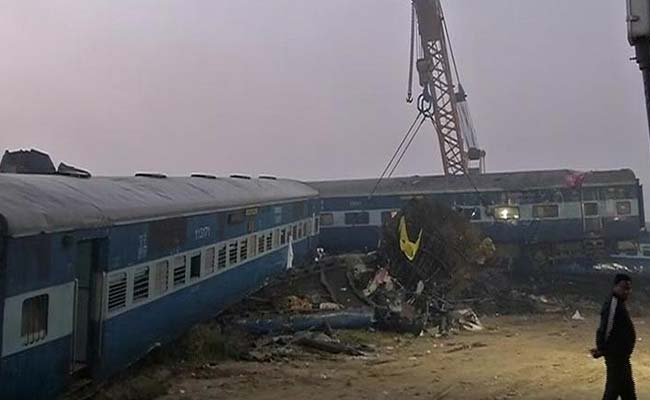 Beijing: India is in urgent need of upgrading its railways and China can offer the necessary help, official media said in Beijing today as it expressed concerns over the poor maintenance of India's rail network following the deadly train derailment that claimed over 147 lives.

Sunday's Indore-Patna Express derailment in Kanpur has "renewed concerns about the poor maintenance of the country's rail network.

India is in urgent need of upgrading and China can offer the necessary help", an article in the State-run Xinhua news agency said.

"Following the Indore-Patna Express derailment, India and China may want to speed up cooperation in infrastructure and China could provide direct support for upgrading India's railways," an article in the website of the sate-run Global Times said.

While India holds the second-largest portion of shares and voting rights in the China-led Asian Infrastructure Investment Bank which could allow it to benefit from the bank's efforts to improve infrastructure in Asia, "Chinese banks might provide concessionary loans to India if it allowed more Chinese enterprises to invest in its state-run railway network," it said.

"There is also potential for China and India to cooperate in railway technology. China's technology is advanced even compared with some developed countries and the costs are lower, which are appropriate for being adopted in India. A 2014 research report from the World Bank showed that ticket prices for China's railway were about a quarter of those in other countries," it said.

"Assistance from China is likely to help the South Asian country upgrade its railways, but an open attitude towards Chinese investment in the rail network would be a pre-condition for bilateral cooperation. Following its deadliest train crash since 2010, hopefully India can achieve greater security for its railways," it said.

India has already worked out a number of cooperative agreements with China for the development of railways.

Indian Railway engineers are getting trained in China in heavy hauling, China is also cooperating with India to set up a railway university similar to the one it developed.

Besides the high speed train, India and China have agreed to cooperate to identify the technical inputs required to increase speed on the existing railway line from Chennai to Mysore via Bangalore.

Promoted
Listen to the latest songs, only on JioSaavn.com
China is also a conducting feasibility study to build high speed railway line between Chennai and New Delhi.