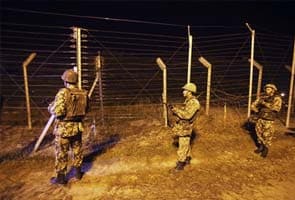 Srinagar: The body of a Pakistani soldier, who was killed after he crossed the Line of Control yesterday in the Naushera sector in Kashmir, about 100 kms from Jammu, will be returned by India today.

The Indian army said "on being challenged, the intruder fired" and that Indian troops retaliated and the Pakistani was killed. He was found with an AK47.

Two Indian soldiers were also injured in the gunfight.

Indian army officials said that at Pakistan's request, "the body is being returned today in the same sector with full military respect due to a soldier."

Pakistan claims that the soldier had accidentally crossed the Line of Control into Indian territory.

Promoted
Listen to the latest songs, only on JioSaavn.com
Both countries have traded new charges of firing and ceasefire violations along the 742-km Line of Control.

On January 8, relations plummeted after Pakistani soldiers killed two Indian soldiers on Indian territory. One of the bodies was found decapitated.