Nirmala Sitharaman said India has got quite a lot of defence assets from Russia and the cooperation between the two countries will continue. 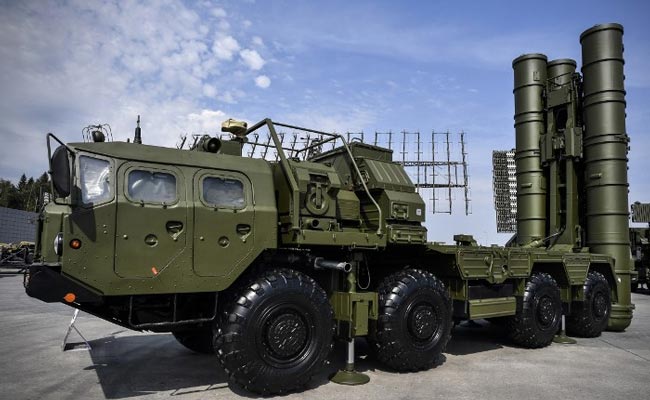 New Delhi: India has very clearly conveyed to the US that the "time-tested" Indo-Russian cooperation in the defence sector will continue, including the deal for S-400 Triumf air defence missile systems for the Air Force, notwithstanding the American sanctions against Moscow.

Sources said India wants its defence transactions with Russia to be insulated from the purview of stringent American law CAATSA and is likely to raise the issue with the US when the two sides meet in Washington for the 2+2 talks next month.

"In all our engagements with the US, we have clearly explained how India and Russia's defence cooperation has been going on for a long time and that it is a time-tested relationship. We have mentioned that CAATSA cannot impact the India-Russia defence cooperation," Defence Minister Nirmala Sitharaman said at a press conference.

She said India has got quite a lot of defence assets from Russia and the cooperation between the two countries will continue.

In January, the US announced sanctions against Russia under its Countering America's Adversaries Through Sanctions Act (CAATSA) for Moscow's alleged meddling in the American presidential election in 2016.

CAATSA, which came into effect in January, mandates the Donald Trump administration to punish countries and entities engaging in significant transaction with the defence or intelligence establishment of Russia.

Asked whether India will go ahead with the S-400 deal with Russia, the defence minister said the long-drawn negotiations relating to it have reached final stage.

"The S-400 deal has been on for a very long time and we have reached the final stage of negotiations. That explains it," she said.

Official sources said both Russia and India are likely to announce the deal before an annual summit between Prime Minister Narendra Modi and Russian President Vladimir Putin in October.

There have been mounting concerns in India over the US sanctions against Russian defence majors including Rosoboronexport as billions of dollars of military purchases may be impacted because of the punitive measure.

The issue is understood to have figured during Modi's informal talks with Putin in Sochi last month.

Top American lawmakers and experts have warned that imposition of sanctions on India under a newly-enacted law if it buys the S-400 air defence missile system from Russia could be disastrous for the Indo-US ties.

Promoted
Listen to the latest songs, only on JioSaavn.com
Last month, the chairman the US' House Armed Services Committee, Mac Thornberry, had warned that the S-400 deal may limit inter-operability between Indian and US militaries.

The Pentagon too had said it was "very concerned" over the possible implications of Russian sanctions on defence ties between India and the US.