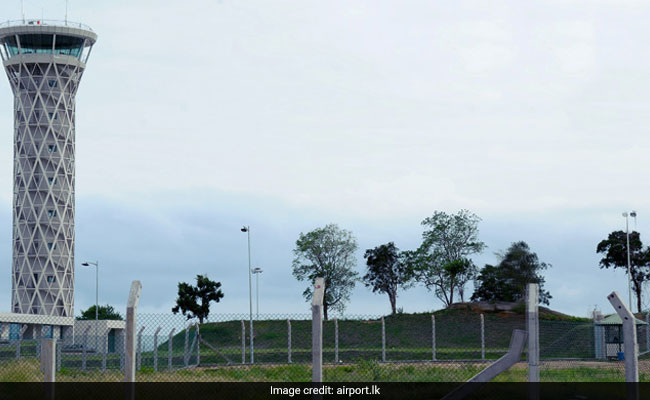 India has agreed to form a joint venture with Sri Lanka to operate the country's loss-making Mattala Rajapaksa International Airport in Hambantota, their Civil Aviation Minister has told Parliament. The $210 million facility, 241km south-east of Colombo, is dubbed the "world's emptiest airport" due to a lack of flights.

India would operate the airport as a Sri Lanka-India joint venture, Sri Lanka's parliament was told on Wednesday.

The joint venture would see India gain a major stake of the airport, he said.

Minister of Civil Aviation Nimal Siripala de Silva, speaking at the adjournment motion moved by the Opposition, said: "We need to revive this dying airport which caused a massive loss of rupees 20 billion."

The final terms of the agreement, however, remains to be worked out, the minister said.

Opposition legislator Kanaka Herath asked if the Mattala airport and adjoining Hambantota seaport are to be handed over to India and China to please the super powers. Mr De Silva responded by saying that in 2016, the government had invited proposals from interested international investors to run the airport.

"Only India offered to help us. Now we are in discussion with the Indians for the joint venture," Mr de Silva said.

Mattala airport, named after former president Mahinda Rajapaksa, was one of the major infrastructure projects of Mr Rajapaksa's nearly a decade-long rule. The project was funded through high interest Chinese commercial loans.

The airport was officially opened in March 2013.

The only international flight operating from there was halted in May due to recurrent losses and flight safety issues.

The government in 2017 invited investors to turn the airport into a profit-sharing joint venture. However no proposals were received to operate, manage and maintain it.

The seaport built in Hambantota, another one of Mr Rajapaksa pet project, has been leased to China to set off Chinese loans as equity.

The Hambantota port was a major Chinese-assisted infrastructure project in the home district of Mr Rajapaksa, whose nearly a decade-long rule was ended by President Maithripala Sirisena in 2015.

Promoted
Listen to the latest songs, only on JioSaavn.com
The Rajapaksa-led Opposition has called the Hambantota seaport deal a sell out of national assets to China.

Mr Rajapaksa's administration had been criticised heavily for high commercial borrowings from China.