Along with the extension, the government will also allow for the conversion of a regular visa into medical category in case of an emergency. 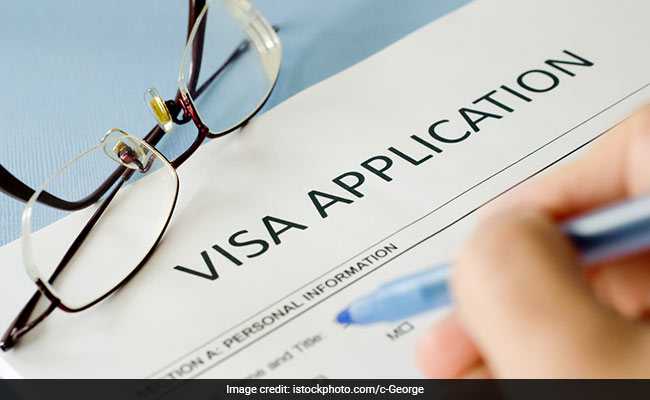 The visa can be extended up to 15 years, for a period of five years at a time.

India has decided to allow extension of business visa for up to 15 years and conversion of a regular visa into medical category in case of an emergency.

"Relaxation has been introduced in grant of internship visa which can be obtained by a student while still pursuing a course in the country without remuneration, extension of business visa beyond five years, conversion of visa into medical category in an emergency for a foreigner who is already in the country and permission for foreigners who are on long duration visas to attend conferences," Union Home Secretary Rajiv Gauba said.

Mr Gauba added that the number of e-visas issued has seen tremendous growth in the last four The number increased from 5.17 lakh in 2015 to 21 lakh till November 30 this year

Later, another official said business visa could be extended up to 15 years, for a period of five years at a time.

The Union Home Secretary, who was addressing the conference - 'Streamlining of India's Visa regime', said that the government's objective was to create a simple and hassle-free visa regime to facilitate arrival and stay of travelers.

Mr Gauba highlighted various policy initiatives taken to liberalise the visa regime, taking into account the concerns and suggestions made by various ministries, including civil aviation, tourism, health, higher education, and other stakeholders.

"A friendly visa regime is also a part of 'ease of doing business'", he said.

At the same time, the Home Secretary said, security should also be strengthened using technology. Citing the recently launched e-FRRO module which provides 27 visa related services to foreigners, he said it has been very successful and has obviated the need for foreigners to visit Foreigner Regional Registration Offices (FRRO) Offices for extending their stay, change of visa status etc.

The facility of e-visa now covers 166 countries and foreigners can obtain online visa within 72 hours for travel related to tourism, business, health, medical and conference purposes, he said.

"Our e-Visa regime is one of the best in the world," he said.