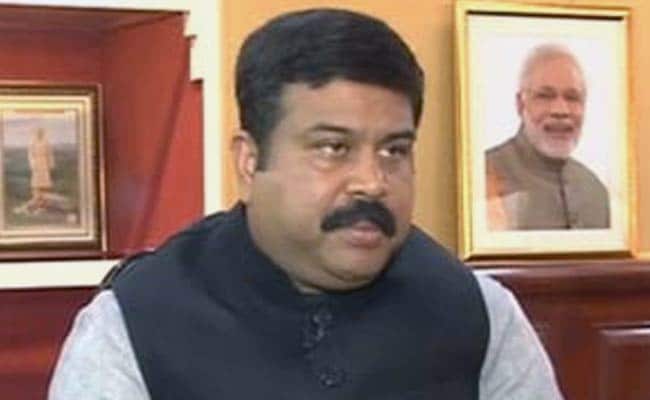 Motihari: Amid massive shortage of petroleum products including LPG in Nepal following a ravaging earthquake, Union Petroleum Minister Dharmendra Pradhan today said that India will augment fuel supply to the neighbouring country to meet its requirement.

"We have come to know that requirement of petro products has increased in Nepal post-quake...we will ensure adequate supply of fuel...," he told reporters.

Mr Pradhan, who was here to review damages inflicted by earthquake in several districts in North Bihar, said that the availability of petroleum products at the Indian Oil Corporation (IOC) depots at Raxaul was being reviewed as the fuel was being supplied to Nepal from these depots.

The supply of petro products from Raxaul depots will be augment, if needed, to meet consumption in Nepal, the Petroleum Minister said.

Stating that India has launched an extensive relief measures in Nepal, Mr Pradhan said that Prime Minister Narendra Modi was himself monitoring relief measures for the neighbouring country.

He said that a large number of tourists, labourers among other people from India were still stranded at different places in Nepal which has been ravaged by a powerful earthquake two days ago and added that efforts were on to bring all those people back home.
Promoted
Listen to the latest songs, only on JioSaavn.com