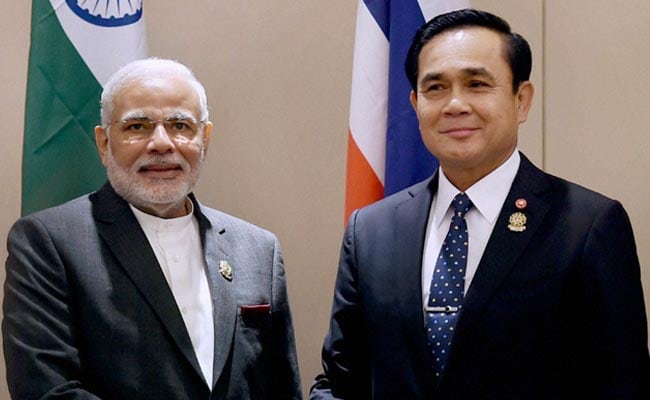 Thailand is very positive about India and the leaders think India is a success story, a big story, Ajit Doval, National Security Advisor(NSA) to Prime Minister Narendra Modi, said after calling on the Thai Premier General Prayut Chan-o-cha and meeting other top ministers.

"The overall kinetics was very positive. We discussed a range of issues, including terrorist activities, defence production, keeping the sea lanes safe, piracy, human trafficking and terrorism," Mr Doval, who was on a two-day visit to Thailand, told PTI.

This was the first trip by an Indian NSA to Thailand since Brajesh Mishra came here in 2003.

Mr Doval noted that cooperation with India's "neighbourhood" was a priority for the Modi Government.

Mr Doval said all his meetings were "extremely positive", noting that the Thai government held the Modi Government in good stead.

"Both countries want to see the sea lanes remain free and safe, and issues like piracy, human trafficking are a concern to both sides," he added.

Economic opportunities in fisheries, development of ports were also discussed.

Mr Doval also said the Indian government was grateful for the Thai security for arresting people involved in counterfeit Indian currency and also nabbing Sikh militant Jagtar "Tara" Singh, who was convicted for life for his involvement in the assassination of former Punjab Chief Minister Beant Singh and was hiding in Thailand.

The two sides have decided to study each others legal and judicial system to enhance security cooperation.

According to a government spokesperson, the Thai premier briefed Mr Doval about his country's politics and economics as well as expressed his determination to establish sustainable democracy in Thailand.
Comments
IndiaThailandAjit DovalNarendra ModiPrayuth Chan-ocha