MEA Spokesperson Anurag Srivastava said Aftab Hassan Khan, the Pakistani CDA, was categorically told that the decision runs against the religious sentiments of the Sikh community. 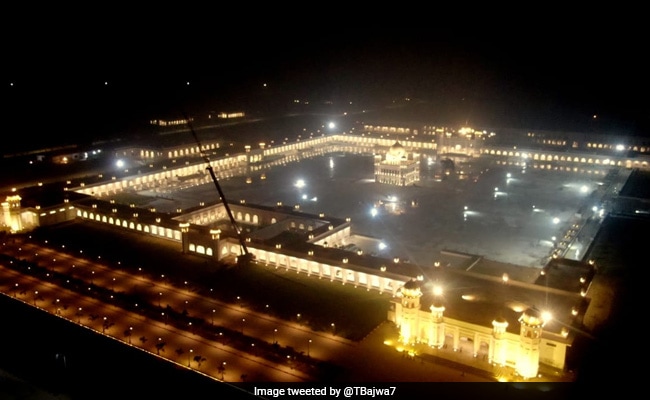 India has summoned Pakistanu envoy over the issue of Kartarpur Sahib Gurudwara.

India on Friday summoned the Charge d'Affaires (CDA) of the Pakistan High Commission and lodged a strong protest over Islamabad's decision to transfer the management of the Kartarpur Sahib gurudwara from a Sikh body to a separate trust.

MEA Spokesperson Anurag Srivastava said Aftab Hassan Khan, the Pakistani CDA, was categorically told that the decision runs against the religious sentiments of the Sikh community.

On Thursday, the MEA had reacted sharply to Pakistan's decision to transfer the management and maintenance of the gurudwara from the Pakistan Sikh Gurudwara Prabhandhak Committee to the administrative control of the Evacuee Trust Property Board, a non-Sikh body.

Mr rivastava said the unilateral decision by Pakistan is highly condemnable and runs against the spirit of the Kartarpur Sahib Corridor initiative as also the religious sentiments of the Sikh community at large.

In the midst of heightened tension between the two countries, the corridor linking Dera Baba Sahib in Gurdaspur in India with Gurdwara Kartarpur Sahib in Pakistan was thrown open in November, in a historic people-to-people initiative.

Kartarpur Sahib Gurdwara is located in Pakistan's Narowal district across the river Ravi, about four kilometres from the Dera Baba Nanak shrine.

It is the final resting place of Sikh faith's founder Guru Nanak Dev, who had spent the last 18 years of his life in Kartarpur.

The relations between the two countries nosedived after India scrapped Jammu and Kashmir's special status on August 5, 2019 and bifurcated it into two union territories.

The corridor was shut in March in view of the coronavirus pandemic.