It's Now Ashneer Grover vs The Company He Founded, BharatPe

BharatPe, one of the country's fastest-growing financial technology companies witnessed a ferocious split in their board 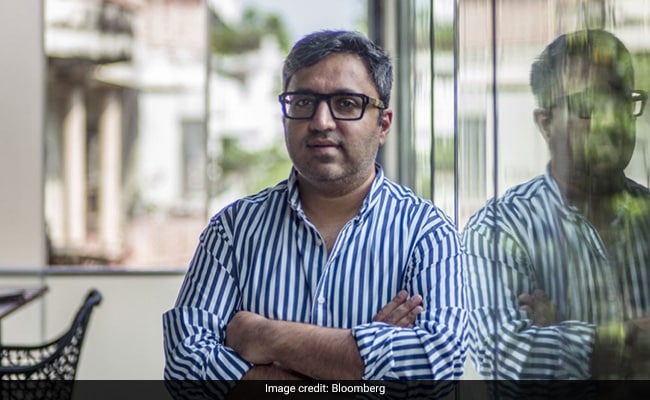 In the annals of controversial startup founders, there's a special place for the likes of Uber's Travis Kalanick and WeWork's Adam Neumann. Now, India's Ashneer Grover could join their ranks.

Within BharatPe, one of the country's fastest-growing financial technology companies, a ferocious split has divided the startup's board from Grover, the co-founder and former managing director. In recent days, senior leadership has accused Grover of misappropriating funds. Staff have narrated a long litany of complaints. In a leaked audio recording posted anonymously on Twitter, a man whose voice sounds like Grover's threatens a bank employee with death for not helping him get shares in a hot initial public offering.

Soon after the recording appeared online, Grover went on leave, though he denied on Twitter that the voice was his. In the days since, the 39-year-old has launched a full-out assault on the company he helped build, attempting to push out a hand-picked chief executive and threatening to sue BharatPe's board.

Last week, the drama reached a tentative conclusion: Grover resigned from the startup. In a statement, BharatPe said it “reserves all rights to take further legal action against him and his family.” His presence was removed from the website.

Grover said the accusations against him, including that he stole company money to fund an extravagant lifestyle, stem from “personal hatred and low thinking.” In a statement provided to Bloomberg, he added: “The only thing lavish about me is my dreams and ability to achieve them against all odds through hard work and enterprise.”

The tense showdown between Grover and his colleagues comes at the height, or perhaps the beginning of the fall, of a boom for India's startup scene. During the past few years, hard-charging entrepreneurs explored untapped corners of the market, pushing into e-commerce, online tutoring and digital health services. Investors largely looked beyond boorish behavior or personnel conflicts, fixated on record-setting initial public offerings and a surge of foreign money funneled to India after China erected walls around its economy.

This account of the drama at BharatPe is based on interviews with more than a dozen current and former employees, as well as other people close to the company. It's a case study in how India's business culture is changing as scores of promising startups vie for legitimacy -- and riches -- in one of the most promising markets in the world.

The tech unicorn found success in digital payments, going toe-to-toe with older rivals such as Paytm and the Walmart Inc.-owned PhonePe. Grover was the driver of growth, a smooth talker who could help persuade Bollywood stars like Salman Khan to endorse the brand. He was also a master marketer, making public appearances in snazzy jackets and landing zingers on fresh-faced entrepreneurs as a “shark” investor on the Indian edition of Shark Tank.

To give impetus to the growing startup ecosystem of the country, Shark Tank makes its way to India tonight! Watch our Founder and MD, @Ashneer_Grover in his new avatar, every Monday to Friday at 9pm on @SonyTV@sharktankindia#startup#entrepreneurship#sonytv#bharatpepic.twitter.com/fA2GdhZfwx

Now, Grover's influence appears to have waned. His wife, Madhuri, a key executive with the title “Head of Controls,” has left BharatPe. Following weeks of mudslinging, Grover has gone quiet beyond his short statement after the board announced the ouster last week.

BharatPe was founded in 2018 by Shashvat Nakrani, a drop-out of the Indian Institute of Technology New Delhi, one of the country's most prestigious schools.

After teaming up with Bhavik Koladiya, a commercial pilot, the duo canvassed small businesses to understand problems with digital payments in India. A few months into the work, they asked Grover to join as a co-founder.

The men zeroed-in on a lucrative business model harnessing merchants' transaction data and underwriting loans to shop owners at the click of a button. BharatPe deducted loan dues daily at 2% monthly interest.

Grover, a former investment banker, was an indispensable partner on the fundraising front, helping to secure $2 million from Sequoia and Beenext almost immediately. “He knew exactly what investors wanted,” said an early employee of BharatPe. “He knew how to deliver.”

Grover's wife, Madhuri, who has a background in fashion design, also molded the business, managing everything from hiring to marketing expenses. Within a matter of months, the husband-and-wife team had entrenched themselves so firmly in BharatPe that Nakrani retreated to the edges of daily operations, one executive said.

BharatPe soon upped the stakes. Grover raised hundreds of millions of dollars in rapid succession and locked in marquee investors. By mid-2021, when the company's valuation hit $2.85 billion, several high-profile C-level executives were already on board, including Suhail Sameer, who reported to Grover as group president and was later elevated to chief executive.

In September 2021, BharatPe recorded around 140 million monthly transactions and had already lent 25 billion rupees through its partners. Over 7.5 million merchants used the platform.

“I'm hyper-paranoid,” Grover said in a September interview with Bloomberg, long before the company's public meltdown. “I'm always thinking, ‘How do I ring-fence my business from competitors? Which new products will bring more growth?'”

A store advertises the use of the BharatPe digital payment system at a market in New Delhi, India, on Tuesday, Oct. 5, 2021. As online payments and digital loans in the second-most populous country soar at some of the fastest rates worldwide, money is pouring into India's financial technology sector at an unprecedented pace. 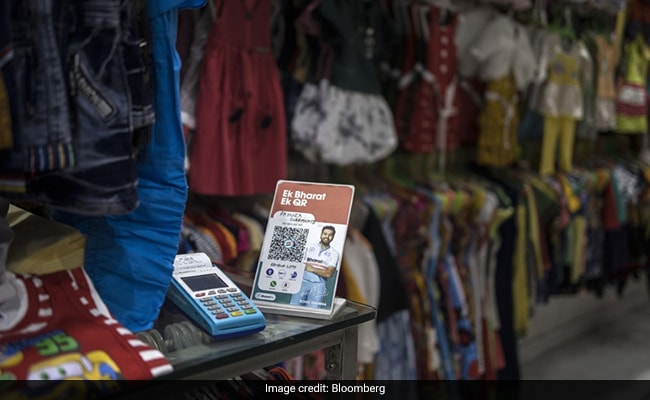 A store advertises the use of the BharatPe digital payment system at a market in New Delhi, India, on Tuesday, Oct. 5, 2021. As online payments and digital loans in the second-most populous country soar at some of the fastest rates worldwide, money is pouring into India's financial technology sector at an unprecedented pace.

But as BharatPe grew, signs of trouble began to emerge and spill into view of its investors.

Problems started to crop up in 2020, according to the current and former employees. At that time, India's first wave of the coronavirus was ravaging the economy, shutting businesses and forcing the nation's 1.3 billion people inside.

BharatPe's office stayed open, along with other tech startups providing essential services such as grocery and medical deliveries. One veteran female executive who joined the startup that year said she was shocked that mask-wearing wasn't mandatory. Only a handful of the company's 70 or so employees wore them. Grover chided her for making Covid an issue and influencing staff, the executive said in an interview, asking not to be named for fear of retribution.

Just a few weeks into the job, her employment was abruptly terminated, she said. A senior leader called her a “diversity hire,” the executive said, and another attributed the decision to her “emotional baggage.”

The executive asked BharatPe's investors for a fair hearing, writing to Sequoia, Ribbit and Beenext. Sequoia's lawyers said they weren't involved in day-to-day operations and had asked the startup to address her concerns. In response to questions from Bloomberg, BharatPe said “corrective actions were taken based on the complaints received from the employee. We cannot divulge more details due to confidentiality.”

Madhuri Grover was another source of frustration for senior executives, according to more than 10 current and former employees. Staff said she threatened a colleague with a salary deduction for making printouts at work and criticized people for the amount of coffee consumed in the office. According to members of the marketing team, Madhuri raised queries over relatively small things, like the price of a television or motorcycle intended as gifts for a merchant promotion.

Nakrani and Sameer met with Grover to speak about his wife's management style, which some employees perceived as meddling. They asked Grover to hire an experienced chief financial officer, but he rejected candidate after candidate, one person said. The role is still vacant.

Office frugality clashed with the couple's apparently glitzy lifestyle, rubbing some employees the wrong way. They upgraded their modest home for a rented penthouse and renovated another luxury property. Grover purchased a Porsche. He told multiple people at the company he spent $130,000 on a dining room table, according to the employees.

“If you expect that someone will create a $6 billion dollar business in less than four years and want everything to be perfect, including culture, sorry just not going to happen,” Grover said in a February interview with Moneycontrol, an Indian publication. “Fast growth will come at some cost, no?”

By January, Grover's world had started to crumble. The audio clip that had been posted on Twitter began to go viral among the country's tech community. In it, a person who sounds like Grover berates a Kotak Bank employee for failing to arrange funds to buy IPO shares of Nykaa, an Indian beauty supply company that nearly doubled in value after its listing. The clip is peppered with Hindi insults, while the bank employee asks largely polite questions. Grover denied on Twitter that the voice was his. That tweet was later deleted.

Generally speaking, “once in a while, the wild streak could land the founder in extreme territory,” said Krishnan Ganesh, who has invested in dozens of startups, including online grocer Bigbasket, which was recently acquired by the Tata Group. Then, according to colleagues, Grover's behavior took another bizarre turn. He provided a dossier to the board and Bloomberg linking Sameer, the chief executive, with colorful claims of misconduct. BharatPe declined to address these accusations. Sameer wasn't made available to comment.

Investors appointed PricewaterhouseCoopers and Alvarez & Marsal to investigate Grover's management of money. In early March, BharatPe's board released a statement accusing Grover, his family and relatives of creating fake vendors to siphon away funds and abusing expense accounts “in order to enrich themselves and fund their lavish lifestyles.”

“I am appalled at the personal nature of the company's statement, but not surprised,” Grover wrote in the statement to Bloomberg, adding that his wealth was derived in part by $12 million of shares he sold during various funding rounds.

Across India, the public unraveling has captivated investors. Many see the saga as a cautionary tale of what happens when a talented but erratic leader pursues profits at any cost. Still, Grover has taken the hits in stride.

“Founder is a guy who has the spine to raise money from someone and tell them I'm not here to dance to your tunes,” he wrote on LinkedIn last month. Hundreds of his followers liked the post and applauded its bravado. Fellow startup founders in India, however, weren't so generous.

“No offence boss, but you seem to have totally lost the plot,” replied Shantanu Deshpande, the founder and chief executive of Bombay Shaving Company, a startup selling grooming products.