PM Modi, who arrived in Singapore on the last leg of his three-nation tour earlier today, said that the defence relations between the two countries are among the strongest 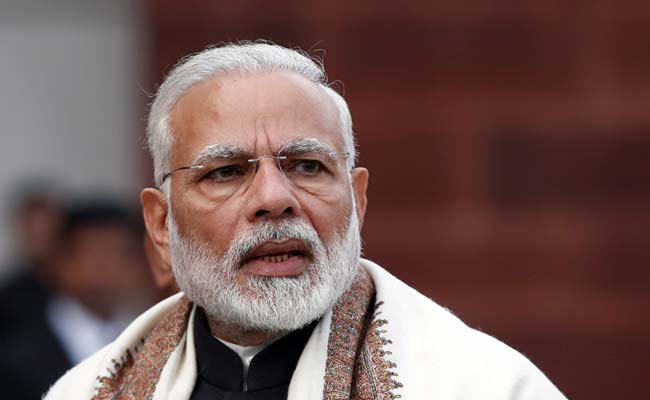 Singapore: Prime Minister Narendra Modi today hailed the "warmest and closest" relationship between India and Singapore, saying the future is a world of unlimited opportunities and the two lions (countries) shall step into it together.

PM Modi, who arrived in Singapore on the last leg of his three-nation tour earlier today, said that the defence relations between the two countries are among the strongest and the two sides are building a "partnership of our age."

"When India opened up to the world and turned to the East, Singapore became a partner and a bridge between India and ASEAN. Political relations between India and Singapore are among the warmest and closest. There are no contests or claims, or doubts," Modi told the Indian diaspora at a Business and Community Event at Marina Bay Sands Convention Centre here.

"It is a natural partnership from a shared vision. Our defence relations are among the strongest, for both. My Armed Forces speak with great respect and admiration for Singapore's Armed Forces. India's longest continuous naval exercise is with Singapore," he said, highlighting the deep defence ties.

He said that in international forums, the two countries speak in one voice in the cause of a rules-based order, sovereign equality of all nations, and free and open pathways of commerce and engagement.

"It is a partnership at the front-line of India's global engagement. Singapore is both a leading investment source and destination for India. Singapore was the first country with which we signed a Comprehensive Economic Cooperation Agreement," PM Modi said.

"On the foundations of this extraordinary heritage, the wealth of our human links and the strength of our shared values, India and Singapore are building a partnership of our age. It is a relationship that truly meets the test of strategic partnership," the prime minister said, amid applause.

"As India's engagement with the region grows, Singapore will remain a gateway to ASEAN and the broader East. This year, Sinagapore's Chairmanship of ASEAN will take India's relations with ASEAN further and farther ahead," he added.

"So, India and Singapore are contributing to each other's prosperity. And, now we are building new partnerships for the digital world," he said, adding they will be the bridge of innovation and enterprise between India, Singapore and ASEAN.

"Together, we will work for using the power of mobile and digital technology for governance and inclusion. Together, we can build a great economic partnership of the new age," he added.

PM Modi said Singapore may be a small island, but its horizons are global. "This great nation has shown us that size is no barrier to the scale of achievements or the strength of a nation's voice in the world," he said.

But, Singapore's success also lies in the harmony of its multi-cultural society, in the celebration of its diversity, which under-lies a distinct and unique Singaporean identity, he said.

"In their journey through Singapore and the region, the greatest of Indian thinkers Swami Vivekananda and poet Gurudev Rabindranath Tagore found a common chord that connects India to the East," he said.

PM Modi said that as Singapore shapes a new future for itself, India emerges as the new global frontier of opportunities.

"Even in a year of deep structural reforms like the introduction of Goods and Services Tax, we remain the fastest growing major economy of the world. We intend to stay that-way. Our economy has become more stable. Fiscal deficit is down. Inflation rate is down. Current account deficit is comfortable. The currency is stable. The foreign exchange reserves are at a record high," he added.

"In India, the present is changing rapidly. A 'New India' is taking shape. And, there are many reasons for it. Economic reforms are taking place at a speed and a scale not known so far," PM Modi said, adding that India has move up 42 places in the Ease of Doing Business rankings.

He said over 1,400 out-dated laws have been repealed and India is among the most open economies in the world.

"Our infrastructure sector is expanding at record speed...pace of rail track addition has doubled...our manufacturing sector is rebounding. There has been a sharp rise in FDI in the past three years - from USD 36 billion in 2013-14 to USD 60 billion in 2016-17. There is also special focus on the Micro, Small and Medium Enterprise Sector," he added.

PM Modi said there is complete clarity and confidence about the pace and direction of economic reforms in India.

Promoted
Listen to the latest songs, only on JioSaavn.com
"We will make it easier and smoother to do business in India. We will work for an open, stable and fair international trade regime. And, our engagement to our East will be among the strongest, and economics will remain an integral part of our Act East Policy," the prime minister said.

For Singapore, there is no better opportunity than India, he added.
Comments
Narendra ModiModi in Singapore